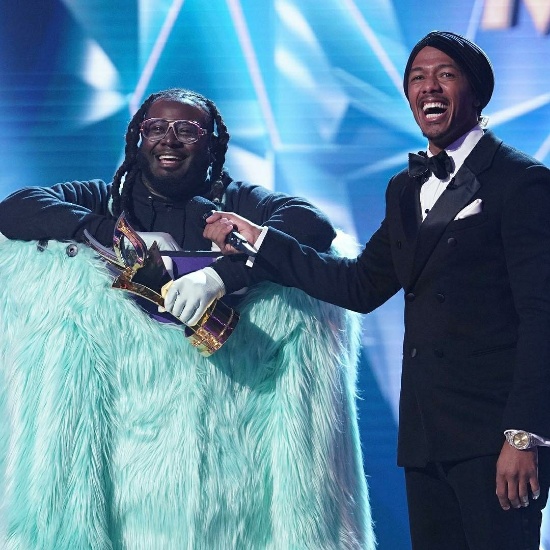 T-Pain Wins The First Season Of 'The Masked Singer'

The weird and wacky The Masked Singer has reached the end of its first season and brought with it many surprises. However, not so surprising was that the three top masked acts were revealed to be actual musicians in the game. Gladys Knight was revealed to be the Bee, Donny Osmond was the Peacock and taking it all home with a win as the Monster was none other than T-Pain! While many had figured out the identities of the singers long before their faces were revealed, it was still a pleasure to see faves in a different light. It was also a chance for the performers themselves to show themselves in a different light. "I didn’t have a chance to come into the game with my natural voice and a lot of my peers did and they get accepted. This helped me get my voice out there," he told People of his inaugural win. #CongratsTPain