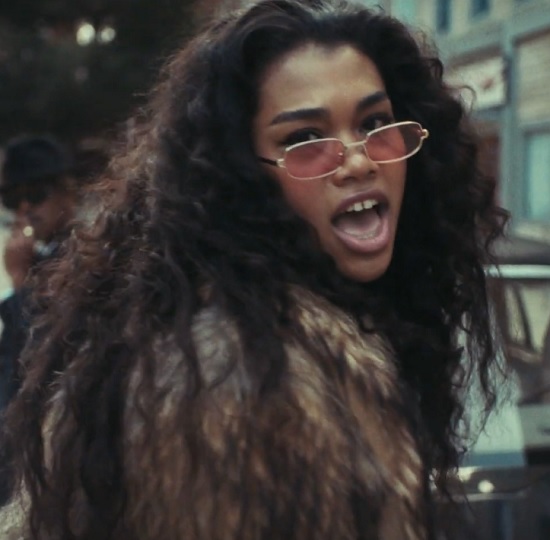 Amber Mark might be relatively new to the scene, but she's already proven to be an old soul when it comes to her sound. Seriously, how many young bucks would be daring enough to tackle a cover of Sade's "Love Is Stronger Than Pride" on their debut EP? Now it seems that Amber might be getting ready to give us a proper debut as she drops off a few singles here and there, the latest being her funky new jam "Mixer."

"Mixer" hits us off with a heavy dose of funk off the bat thanks to a bass line that's thicker than a milkshake (and please believe that it will bring all the boys — and girls — to the yard). Buoyed by the bass, drums and the faint echo of keys, Amber gets super sassy as she talks about a fella who's got her sprung despite what her friends say about him. "They say my heart will bleed / But it doesn't matter to me / 'Cause you love is so nasty, boy," she sings on the chorus. Oh, and if you're wondering why the song is named "Mixer," she also likens her guy to a "mixer whippin' that cream." You can take that however you'd like.

Since the track is so funky, Amber takes us back to the '70s for the song's video. We see her styling and profiling in a fur, shades and bell-bottomed denim jumpsuit as she strolls down the street while leaving a trail of thirsty dudes in her wake. When she's not tempting the locals, she's riding smooth in a golden El Camino and rocking a shimmery sequined dress while twirling her wavy tresses around her finger. In other words, she's giving all the boys fever.

There's no word on if "Mixer" is a sign of things to come, but it's dope all on its own. Take a listen to the track right here and then stick around to watch the throwback visuals, ya dig?


TAGS:  amber mark, audio
Previous: Lloyd Kicks It On ELLE’s ‘Song Association’ Next: Tank And The Bangas Are Ready For Some ‘Nice Things’