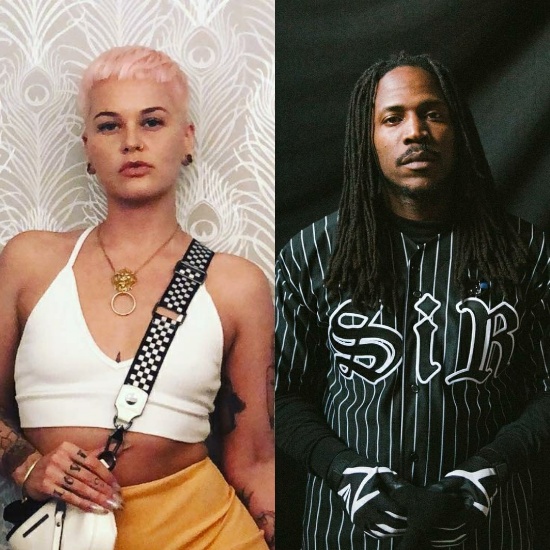 Ask anyone who has been in a long-term, romantic relationship about the key to longevity and they will likely tell you that having a foundation of friendship is essential. Long after the bliss and butterflies disappear, it is the blessing of being with someone who is truly your best friend that remains. For her latest single, singer/songwriter Etta Bond celebrates this sentiment, as well as the new love she’s found. The British babe collaborates once again with TDE’s SiR for a dreamy track that feels as good as a lover’s embrace on "More Than A Lover."

The two take turns singing the praises of their respective partners with Bond noting, “I know my friends are tired of hearing 'bout you / But the truth is you do more than most of them / And that's before all the affection you give to me / Take it all away, you're still my closest friend.” Meanwhile, SiR sings of love without bounds and declares, “We don't believe in love with limitations / Giving you my best is right where things begin, oh / We both benefit from our creation / Giving up on us would be my greatest sin, oh.”

The Raf Riley-produced track is the lead single from the second installment of Bond's double album. As we transition from the bitter cold of winter into the warmth and wonder of spring, the nine-track project He’s Mine celebrates all the feels and facets of love and is a welcomed and timely contrast to the pain and anguish captured in the preceding project He’s (Not) Mine. She describes the distinction between the two albums by saying, “The first half is kind of like therapy; the second half was more like enjoyment.” Whether you plan to spend the warmer months frolicking with bae or flaunting your single status, both projects have something to serve as the perfect soundtrack.

Give Etta Bond’s “More Than A Lover” featuring SiR a spin below, and shout out your homie/lover/friend. Be sure to add both He's (Not) Mine and He's Mine to your collection from your favorite digital platform. SoulBouncers across the pond can grab tickets to catch her live as part of her tour across the United Kingdom and European Union.