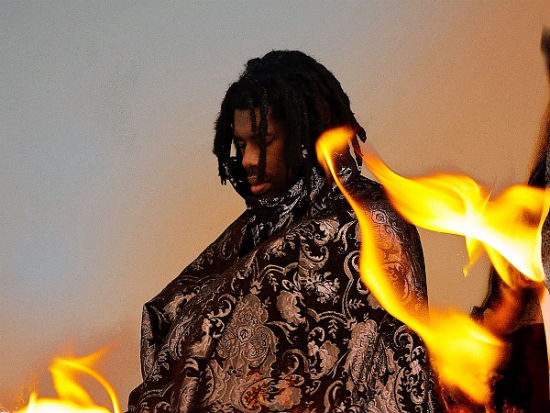 As he gears up to release his sixth album, extraordinary producer-musician Flying Lotus saw fit to share two singles from the upcoming project. “Spontaneous,” which features Swedish band Little Dragon, feels like a whirlwind voyage through time. Its futuristic vibe triggers a sonic high accompanied by lyrics like, “Catch the wind, come with birds / Catchin' feelings, lost my words with you / Catch a flame, catch a night / Catch a feelin', catch a ride with you.” Meanwhile, the vibrant and funky instrumental “Takashi,” named after artist Takashi Kudo of Tokyo’s TeamLab art collective, was inspired by a visit to Japan where FlyLo was able to experience their visual installations firsthand. He says he was reminded of “our responsibility to bring magic to this world,” and began crafting the track from his hotel room that night.

The full album entitled Flamagra will reportedly include 27-tracks, which hardly seems like overkill, given that it’s been nearly five years since his last album, You’re Dead. The project will feature some of the most sought after collaborators including Anderson .Paak, George Clinton, Tierra Whack, Denzel Curry, Shabazz Palaces, Toro y Moi and Solange. Thundercat and Ronald Bruner Jr. are sure to make their presence felt, as will the legendary Herbie Hancock, Robert Glasper, multi-instrumentalist Miguel Atwood-Ferguson, vocalist Niki Randa, jazz pianist Dennis Hamm and drummer Deantoni Parks.

While we have no doubt that FlyLo will serve plenty of jams to rock, relax or get lifted to, the album also includes tracks that will cause us to reflect. He channeled the pain felt from the loss of his dear friend and collaborator Mac Miller and created two songs, “Find Your Way Home” and “Thank U Malcolm,” as tributes. “This album has been a refuge for pain and trying to make the most out of that pain,” he says. “Music can heal and in the wake of that tragedy it reminded me what I’m here to do. As we get older, we start to figure out what our purpose is and embrace it and I want to do good things with my work. I want it to be able to help people through tough times and inspire them to be creative.”

Listen to Flying Lotus’ “Spontaneous” and “Takashi” below, and pre-order his forthcoming album Flamagra on vinyl and digital formats before its May 24th release date.