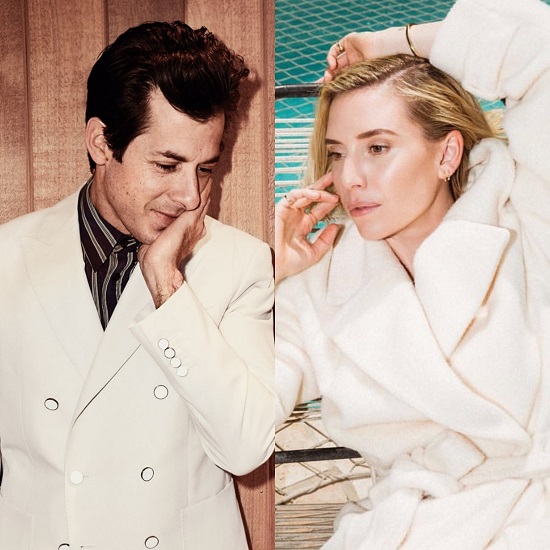 Mark Ronson has been a busy boy as of late, what with earning an Oscar alongside Lady Gaga for their A Star Is Born collaboration "Shallow" earlier this year and putting the finishing touches on his upcoming album Late Night Feelings. We've already heard a bit of what's to come with the Miley Cyrus-featuring "Nothing Breaks Like A Heart" (which Lizzo covered during her appearance at BBC Radio 1's Live Lounge). Now that he's announced when the album will be released, he's giving us a listen to the set's title track, which features Swedish singer Lykke Li on vocal duties.

From the first few notes, it's obvious that "Late Night Feelings" is leaning into the disco tradition. It's built upon a thick, funky bass line, with light flutters of guitar and string samples providing the melody. Lykke's light, airy vocal contrasts interesting with the throb of the bass, creating an interesting tension that speaks to the song's lyrics of a heart that keeps "pulling in the wrong direction" as she finds herself constantly going out on that late night creep. The combination of heavy groove and flirty vocals is a surefire win, though, and we can definitely see this one lighting up dance clubs and charts all summer long.

Mark Ronson's Late Night Feelings will arrive on June 21st and also features Alicia Keys, Camila Cabello, Diana Gordon and a heaping helping of SoulBounce fave YEBBA — as well as a few other guests. Get into the album's full tracklist after getting down to the title track when you press play below.