Mary J. Blige & Nas To Tour Together This Summer On ‘The Royalty Tour’ 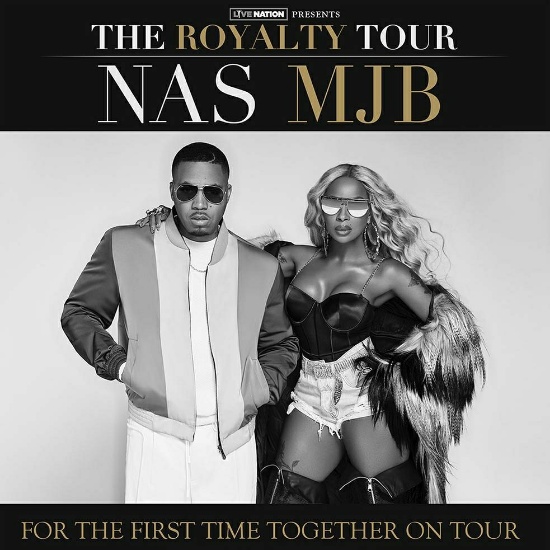 ESSENCE Festival won't be the only place to see Mary J. Blige and Nas this summer. The Queen of Hip Hop Soul and God's Son have just announced that they'll be hitting the road for a joint tour starting in July. Days after the pair headline ESSENCE on Saturday, July 6th with 25th-anniversary commemorative performances of My Life and Illmatic respectively, they'll co-headline The Royalty Tour.

No stranger to working together, Mary and Nas will now travel the country together. Once they leave New Orleans and ESSENCE Fest behind, the tour officially kicks off in West Palm Beach, Florida on July 11th. From there, they'll hit major cities such as Atlanta, Charlotte, Detroit, Houston, Kansas City, Phoenix, Dallas and Boston before calling it a wrap in Toronto on September 10th. MJB will perform at all shows, but Nas will be absent for a handful of the dates. Nonetheless, the tour is scheduled to hit a total of 22 cities with 23 shows.

Mary J. Blige & Nas' The Royalty Tour is presented by Live Nation. Peep the list of tour dates below and make plans to experience hip-hop royalty all across North America this summer. Tickets go on sale on LiveNation.com starting this Friday, April 19th at 10 am local time.