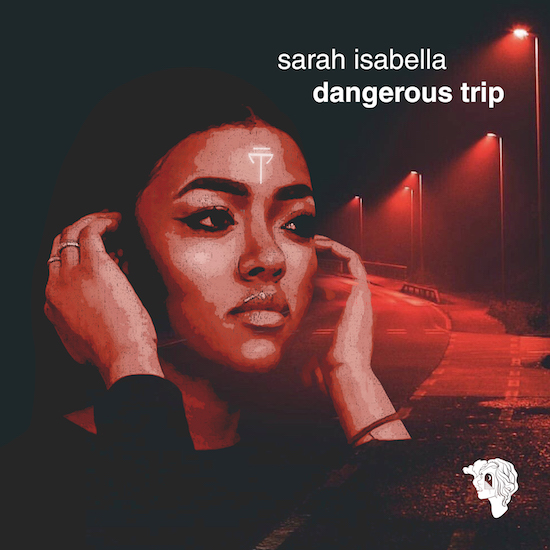 Since she's pretty fresh on the scene, not much is known about London-bred newcomer Sarah Isabella. That air of mystery, intentional or not, perfectly fits her musical aesthetic, though. Obviously influenced by soul, jazz and even a bit of hip-hop, Sarah melds those genres into an intoxicating sound reminiscent of those who came before but still altogether unique. She proves this with her new single "Dangerous Trip" — and SoulBounce has your exclusive first listen.

The song, produced by Tolu Shorts, wraps its seductive vibe around you as the first note of warm synth creeps up slowly. Sarah's voice — a sweet, smoky rasp that seems both delicate and formidable — seeps in along with it and is eventually joined by a disjointed percussion arrangement filled with odd sounds that start and stop at will. If it sounds like a slightly chaotic experience, that's because it is — perhaps reflecting how the growing romance she's experiencing in the lyrics has unexpectedly thrown her into unknown territory. Still, as odd as it might seem, it all flows together seamlessly under the tone of Sarah's voice, crafting a slightly darker take on the love ballad that's sure to stick with you long after it's finished.

"When I wrote 'Dangerous Trip,' I wanted to depict infatuation as an abyss — as enigmatic and uncontrollable as it can be," Sarah Isabella said of the song. "Confronting my own inhibitions, to express love with all its unpredictability, risks and obscure trips. It is about surrendering to the unknown unarmed."

We're pretty sure that we're already dangerously in love with Sarah Isabella. You will be too when you listen to our exclusive stream of "Dangerous Trip" below. After that, be sure to keep tabs on what she's got coming next (including her work on her upcoming full-length project) via Instagram and Twitter.