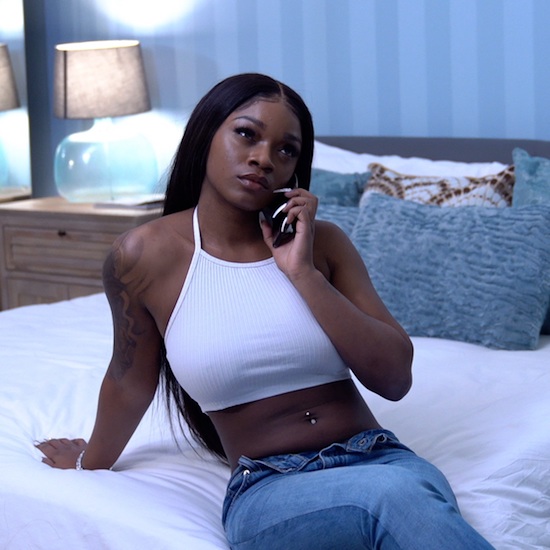 Jesus himself said "the truth shall set you free," and singer-songwriter Sonta wants her man to take those words to heart and do better in her new single "Type Of Way." “I’d rather you hurt me with the truth than comfort me with a lie," the Chicago native tells us about the track, written by her and produced by Kosine and DJ Camper. Sonta has had it up to here with the lies and games in her relationship, and she spells it out in song.

“Last time we talked you told me that you was on ya way / Now you called, I realized you said that yesterday / I really don’t got time to play the games you tryna play / Just tell me the truth, boy I won’t feel no type of way,” she sings on the chorus of the bass-heavy slow jam. She takes her man to task for playing with her emotions, at one point even interpolating a taste of Toni Braxton's "Just Be A Man About It" to get her point across. "Can you just be a man about it? / You acting brand new like you don't understand my value," she belts in a similar cadence to Toni's 2000 hit.

Sonta also takes a page out of Braxton's book for the "Type Of Way" music video giving us numerous looks of a woman fed up but still fierce. Filmed on location in Los Angeles, director Gravitii Films captures our leading lady at home emerging from the shower in the opening scene. She gets a phone call from her bae and lightly reads him before he tells her he's on his way. She's cool with it and tells him to hit her up when he arrives. Fast forward to the next day and there's been no sign of him. Instead of getting hotter than fish grease, Sonta is calmly back on the phone with him again, laying him out for his lies as she sings the lyrics to the song. He eventually pops up at her house as she's rolling out with her girl, and Sonta isn't trying to hear a word he's saying. However, when she returns home, he's still there and they end up arguing before sitting down for a candlelight dinner. But don't think they're making up. Sonta goes off on old boy for one last time before she leaves him at the table looking pitiful and goes outside to meet up with the next man.

Watch the drama play out for yourself with SoulBounce's exclusive world premiere of Sonta's "Type Of Way" music video right here. Keep up with the up-and-coming singer signed to Chicago's Machine Entertainment Group on Facebook, Instagram and Twitter.