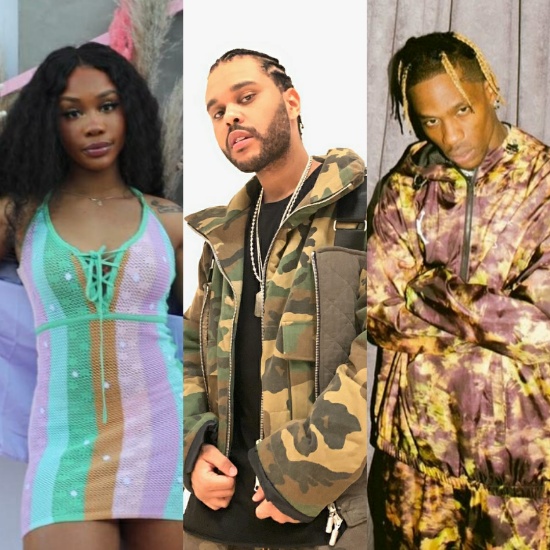 Seems like it was only yesterday that SZA, The Weeknd and Travis Scott shared billing on a major soundtrack. While each artist's feature played a crucial role in Kendrick Lamar's Wakandan tribute, they never actually performed together on the album. Apparently, someone felt that needed to be rectified, and we ain't mad. The trio teams up for new single "Power is Power," from the forthcoming album, For the Throne (Music Inspired by the HBO Series Game of Thrones).

The title actually comes from a phrase uttered by the maleficent Cersei early in the series (long before she became the "Queen B" who currently sits on the Iron Throne). Without spoiling it for the true GoT fans out there, let's just say that there are more than a few references to the shortlist of power players (i.e. Jon Snow, Daenerys Targaryen, Cersei Lannister, The Night King) shooting their shot for a permanent claim to the throne. While "Power is Power" doesn't necessarily drip with the kind of pomp-n-swag befitting a Ruler of the Seven Kingdoms, it's hard to resist the icy synth and fiery bassline pulsating throughout the track.

SZA, The Weeknd and Travis Scott aren't the only heavy hitters on the Game of Thrones salvo. The album also features appearances by SoulBaes Chloe x Halle, the late Lil Peep and all the dollar symbols – A$AP Rocky, Joey Bada$$ and Ty Dolla $ign. Listen to the track below, peruse the official tracklist and get ready to grab a copy of For the Throne when it premieres on April 26th via Columbia Records. In the meantime, don't miss an episode of the final season of Game of Thrones, airing Sunday nights at 9 pm on HBO.

Various Artists For the Throne (Music Inspired by the HBO Series Game of Thrones) tracklist: