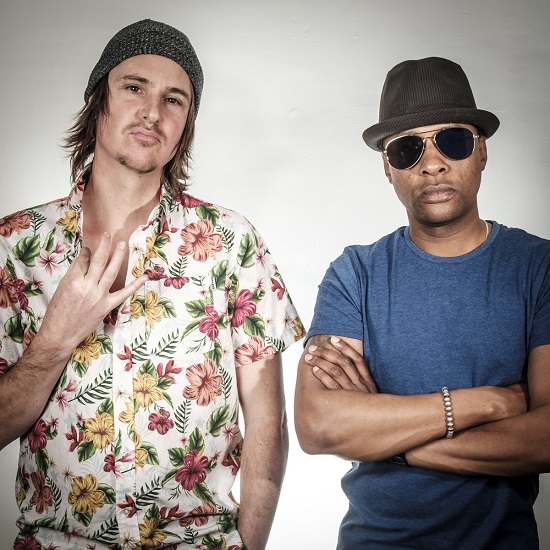 Around this time last year, funky duo The Pendletons blessed us with an exclusive preview track from their Funk Forever EP. The project was meant to whet our appetites for their anticipated full-length debut, and it served its purpose well. But now that we're well into 2019, we're hungry for more. Lucky for us, E Da Boss and Trailer Limon have been cooking up some musical goodies to please their fans. The duo recently announced that their forthcoming album, entitled 2 Steps Away, will be released this fall via Bastard Jazz.

In addition to showcasing a tight ensemble of Bay Area musicians, including guitarist Carl Locket and recording artist E. Live, 2 Steps Away promises to deliver a funky good time inspired by the soulful jams of the '70s and early '80s. There's no doubt in our minds that the long-awaited debut will be worth the wait. However, we're happy that we don't have to hold out until the fall to hear some new music. The Pendletons will release the double-sided 7" single "You Do You/Life to Me" on April 12th. Even better, they just leaked the A-side track and got us feeling all kinds of nostalgic thanks to the soulfully smooth vocals of guest artist Howard Johnson.

The uptempo disco jam is a roll-bounce, rock-skate, stepper's kind of groove with plenty of good vibes to share. Scroll down to get a taste of The Pendletons' "You Do You," and pre-order the full single ahead of its release. The duo will be playing live on April 13th at The Legionnaire in Oakland. Follow the duo on Facebook and Instagram for ticket details and album updates.