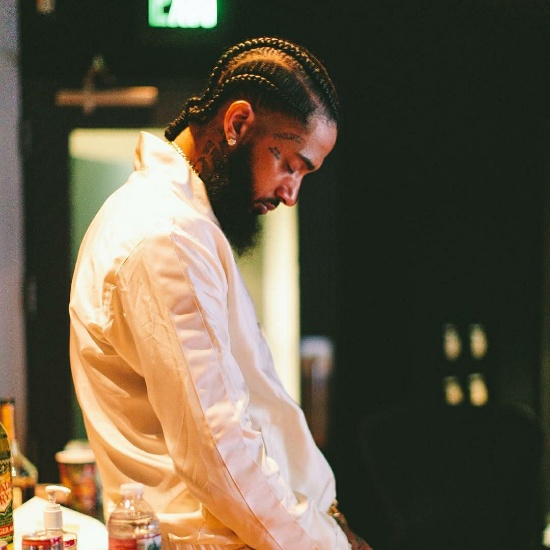 Nipsey Hussle Was Paid Proper Respects At His LA Memorial

Many are still shook but the shocking death of Nipsey Hussle but that didn't stop his LA community and many of his musical peers from coming together to send him off one last time at a ceremony held at the STAPLES Center.  Featuring performances from the likes of Marsha Ambrosius, Anthony Hamilton and Stevie Wonder, the funeral also allowed for many to make statements in memory of the slain rapper, including an emotional speech from his longtime girlfriend Lauren London. Even forever President Barack Obama sent a few kind words in the form of a letter written to Nipsey's family and friends, which was read aloud at the service by industry insider and close friend Karen Civil. In addition to the service, the City of Los Angeles also named an intersection of Slauson Avenue and Crenshaw Boulevard "Ermias ‘Nipsey Hussle’ Asghedom Square" in his honor. #LongLiveNipsey