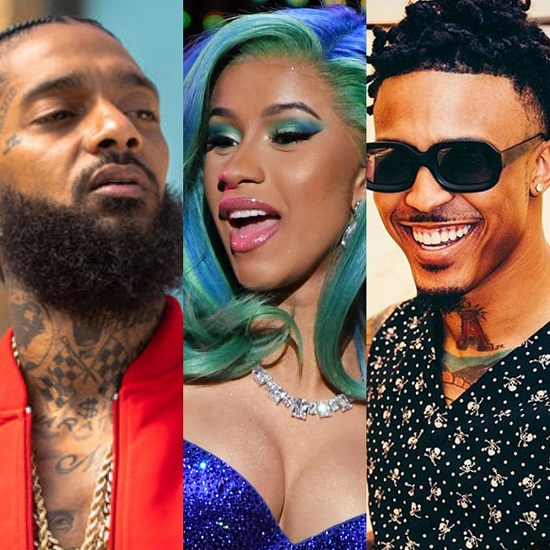 Waddup, home slices? It's once again time to catch up with all the music news that you might've missed with a little weekly roundup we like to call This Week In SoulBounce. Of course, this week's news was dominated by the untimely passing of rapper Nipsey Hussle as everyone in the music world and beyond paid their respects — and, thankfully, the case might wrap up soon as his alleged murderer has been caught and charged. Meanwhile, Cardi B continues to bask in the shine of being the current industry darling by accumulating a rack of Billboard Award nominations. Will she be adding to her trophy mantle next month? Last, but certainly not without its controversy, it seems that August Alsina might have revealed that he had an affair with Jada Pinkett Smith with his cover of Kehlani's "Nunya" and its pot-stirring lyric video. All that, plus the possible revival of Freaknik thanks in part to Uncle Luke, Beyoncé's latest money move and why some doubt is being cast over a detail from Leaving Neverland. Read on to get your music news fix.