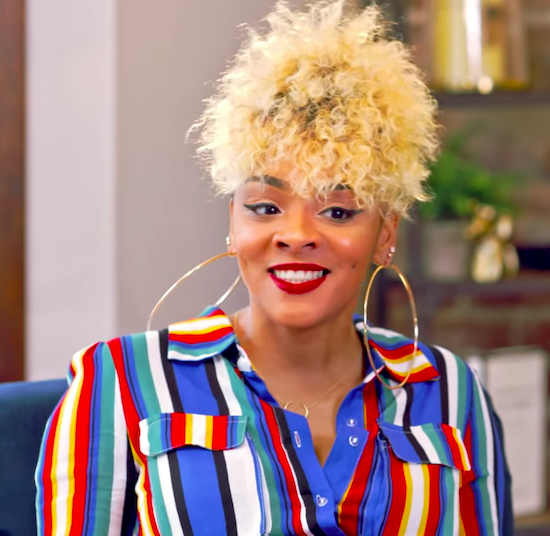 Back in the mid-2000s, singer Cheri Dennis seemed to poised to be R&B's next big thing. Signed to Diddy's Bad Boy Records and with a single"I Love You" zipping up the charts. However, after a lukewarm reception for her debut album, In and Out of Love, she left the label and began putting in work as an unsigned artist. However, the Cleveland-native reveals in the latest installment of BET's online Finding series, Finding: Cheri Dennis, that things were never really on the up-and-up during her time at Bad Boy.

After being discovered by Diddy at Jimmy Cozier's birthday party, the then-19-year-old landed herself a deal on his groundbreaking imprint. However, she quickly found that she and Diddy regularly bumped heads about the direction of her career. She realized that her label home had other ideas for her sound and look, even going so far as to airbrush her tattoos out of the video for "I Love You" and replacing her quirky personal style with the sleek, girlish look that viewers see in the clip.

Her recording process remained a constant source of conflict between Dennis, her label and Diddy. She goes on to reveal that Faith Evans' 2002 single, "I Love You," was initially offered to her but she passed on it, a decision that she stands by to his day because she hated the song. Her disappointment is palpable as she discusses the label's decision to not support another single that she felt could have changed the trajectory of her career.

Since leaving the label, Dennis moved back home to Cleveland, became a mother and is putting the finishing touches on her new album, X/COKE, which is expected to drop sometime in 2020. Several songs on the album were produced by MeLo-X whom she connected with after discovering him online. Most importantly, though, it is refreshing to see that mishandling of her major level effort did little to quell the spunkiness and love for music from Dennis. Press play to see more of her story and get the tea on why she feels slighted by Machine Gun Kelly.