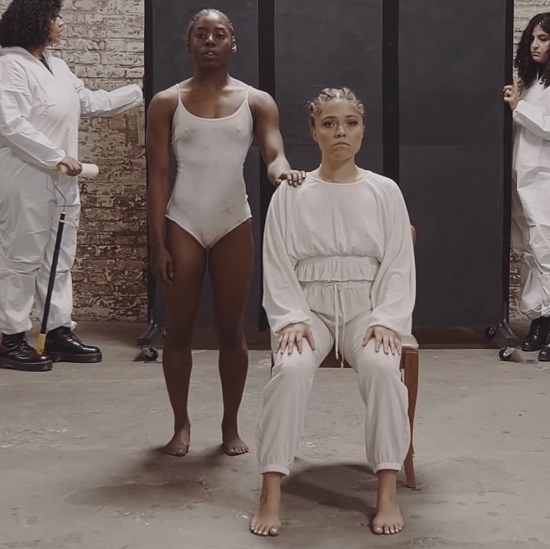 Eryn Allen Kane has adopted an unhurried approach to her musical releases. Though we'd love to hear from the Bounce-Worthy singer-songwriter more frequently, we have no problem exercising a little patience because we know the end result will be worth it. We happily welcomed her back to our playlists last year – first, for her guest stints with Thirdstory and The Midnight Hour, and then on her soulful nod to her momma's wisdom with "Feel the Need." The song was meant to be a preview to her project Imperial Soul. And while the EP didn't get the 2018 release that was initially planned, Ms. Kane is giving us reason to hope again.

She recently premiered a new song entitled "Fragile," which, coincidentally, was listed on the tracklist for the previously-mentioned EP. But regardless of whether or not a new project is forthcoming, "Fragile" is strong enough to stand on its own. At first, Eryn dials back her dynamic vocals for a more subdued delivery. The softer tone is just as powerful, though, allowing lyrical seeds to germinate and take root as she sings, "My mother was a blind architect, her mother was too / Designing huge walls no man could ever get through / Born with a brick heart and mortar tongue, they made due / Now the only thing I know is to build those same walls too."

The self-directed visuals help make "Fragile" even more compelling. Featuring stirring choreography by Tessandra Chavez, the song comes to life with artistic grace as Eryn and Tash Crudup hold us captive with an interpretive dance. The medium is particularly effective as we see the metaphorical walls being built around them. Ms. Kane goes deeper into the concept for both the song and video, stating: "I wrote a song about generational trauma called 'Fragile.' The idea that my traumas are my mother's and her mother's. They’re passed down from one strong woman to the next...I wrote this song about the beauty and strength in vulnerability. About addressing the traumas our ancestors passed down to us so we can begin to heal. I dedicate this to my mother, my grandmother, my female ancestors, women of color who are born into this world carrying a specifically heavy load, and to any of you out there who have learned to ignore your own voice for someone else’s sake."

Experience the beauty of "Fragile" below, currently available via Eryn's website or your favorite digital outlet.