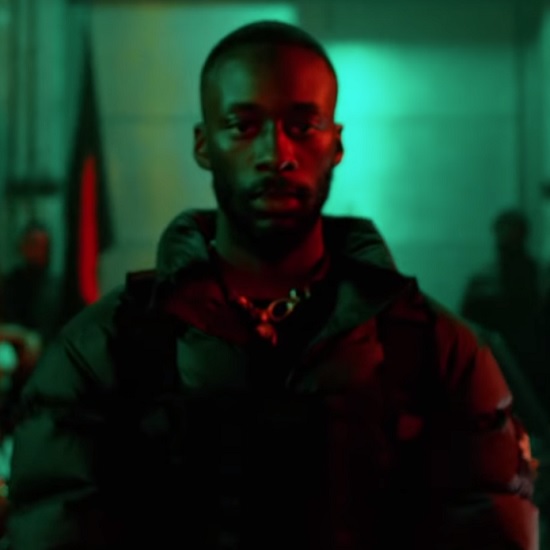 We're not sure what GoldLink has bubbling up for what sounds to be a brand new project coming this year. What we do know is that we're liking everything that we've been hearing from it so far. That includes his most recent single "Zulu Screams." The track, which marries his hip-hop style with Afrobeat and high life, is undoubtedly a bop and he takes the vibe even further with his Afrofuturistic new visual for the track.

Our boy takes us into what looks like an underground dance hall with crews ready to get down. They do just that the minute the beat drops. With some competing in groups and others doing the damn thing solo, the clip is very dance-heavy as men and women work up a sweat to the infectious rhythm. GoldLink appears in the midst of it all, at first as a hologram and then as god-like figure making the crowd sway to his own rhythm by the end of the video. Guest Maleek Berry also is featured throughout the clip as he delivers the chorus while making sure that everything around him is pretty damn hype. Surprisingly, though she's heard, Bibi Bourelly isn't seen in at all in the Meji Alabi-directed visuals.

GoldLink once again has a jam on his hands and a dope visual to match. Get into "Zulu Screams" when you press play below.