Judith Hill Gets Down On The ‘Upside’ 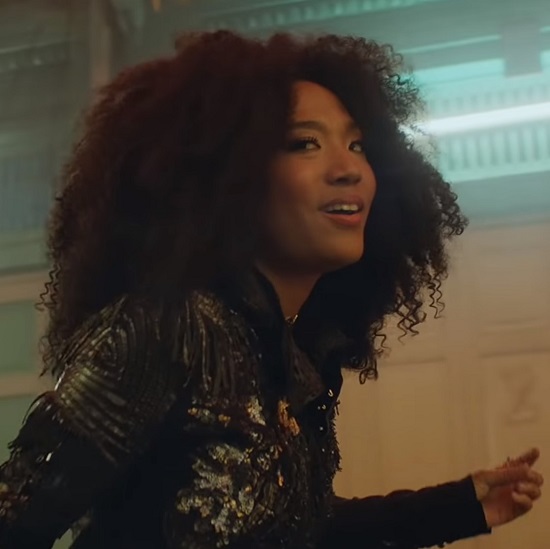 This time last year, Judith Hill effectively ended her studio hiatus with the spicy groove "The Pepper Club," and her creative juices have been overflowing ever since. In the following months, she released her sophomore album Golden Child, plus some additional loosies as well. Now, just six months after the album's debut, the Prince protégé is back with a brand new single entitled "Upside" and an accompanying video that will inspire a mid-day workout. Seriously, it's impossible to hear/see this and sit still.

Judith adds some additional sauce to her soulful voice with a gritty-yet-graceful delivery, warning us, "You better get yourself ready ‘cause I’m about to do my thang." And she ain't lying. The singer-songwriter backs up those words with a vivacious arrangement of bass drum, snares, guitar, tambourine, horns and sassy background vocals – driven by a stanky bassline that fuses it all together to create a funky, feel-good tune. It sounds like a modern-day interpretation of '60s psychedelic go-go music (not to be confused with D.C.'s Go-Go), and the visuals match the song's energy, pound-for-pound.

Shot in Bangok, the clip follows a dapper businessman as he's trying to get some work done in his hotel room. He can't concentrate, however, because he can hear the muffled sounds of a late-night jam session. Soon he's literally dancing his way through the city, totally entranced by the siren call of the boogie until he finally arrives at a rooftop party in full swing. Of the concept, Judith says, “It was definitely on my bucket list to go to Thailand, I had such a blast dancing on rooftops and in the colorful streets and alleyways of Bangkok.”

She further expounds on the song itself, saying, “'Upside' is about looking on the bright side of life. Often times we can bogged down by negativity, but when we look on the upside, we find that there are so many amazing opportunities around us.” Get into Judith Hill's "Upside" below and make plans to catch her energetic stage show as she tours Europe, Canada and the US this summer. Visit her website for dates and venues, add "Upside" to your playlist and be on the lookout for a third project to drop early next year.