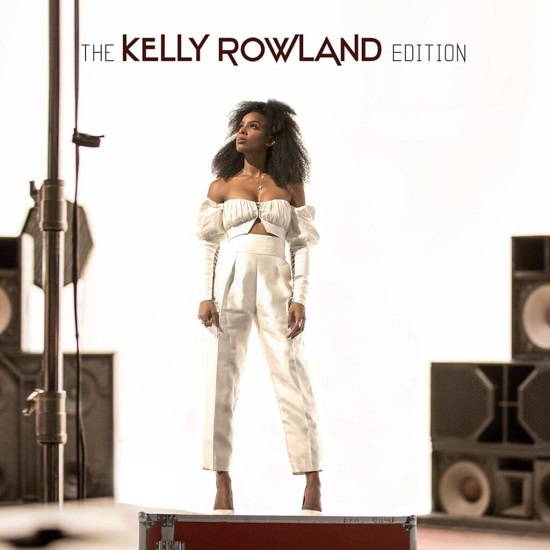 We already knew that Beyoncé was a big fan of surprise releases but it looks like her sister-friend Kelly Rowland has developed an affinity for them as well. First, the singer suddenly dropped her trapped-out banger "Kelly" way back in November. Then, she suddenly sprang her single "Crown" in conjunction with Dove's "Love Your Hair" campaign. Over the weekend, Kelly continued the trend by surprise-dropping her new three-song EP The Kelly Rowland Edition for fans to hear.

Unlike what we've been hearing from Kelly as of late, The Kelly Rowland Edition is actually a love letter to classic R&B. Nope, "Kelly" isn't included and neither is "Crown." Instead, she offers three brand new songs — "Don't You Worry," "Diamonds" and "See Me" — to satisfy listeners. "Don't You Worry" throws back to the '90s with its laid-back groove floating over synth chords and simple drums as she encourages her baby not to fret as she's a ride or die chick. "Diamonds," meanwhile, takes on a bit of '80s feel with a jazzy flair as Kelly delivers a jam that is definitely two-step worthy. Last but not least is sultry slow jam "See Me," on which Kelly explores her sensual side over modern production with a slight hint of trap mixed in for good measure. Each track included here, which Kelly created alongside up-and-coming producers Lord Quest and Twhy Xclusive, is definitely promising and might be an indication of where the singer is heading while creating her next album.

You can stream The Kelly Rowland Edition in full via Spotify below, and pick it up from any digital retailer right now.