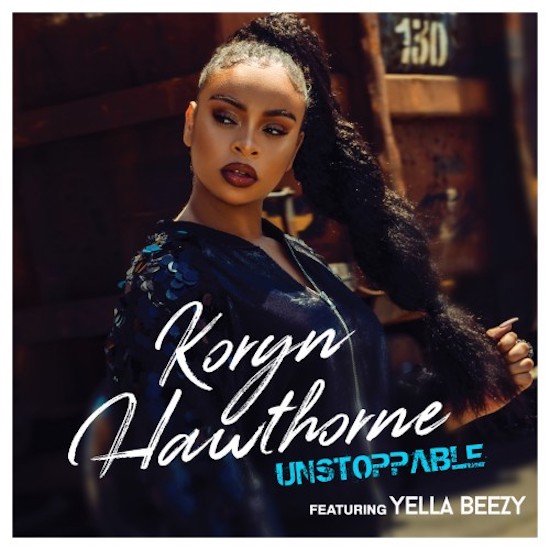 Much like the title of her album and her latest inspirational hit, the trajectory of Koryn Hawthorne's breakout career can't be stopped. The GRAMMY-nominated singer has had an amazing year, including a record-breaking 41 weeks at the top of Billboard's Gospel chart and amassing several awards (NAACP Image, Stellar and most recently Billboard Music) along the way. In an effort to keep that momentum going, she has just released another remix for "Unstoppable," this time featuring rising Texas rapper Yella Beezy.

Honestly, we were perfectly content with the Lecrae remix. But record label RCA Inspiration took an IG poll, and apparently fans wanted to hear the song reworked yet again. That's all well and good, but just like the previous remix, all they did was tack on Beezy's 16 bars as an intro to the song, which remains otherwise untouched. For his part, the rapper temporarily cleans up his act and drops lyrics about wanting to change his life for the better, spitting lines like, "Get on my knees trying to figure out / I gotta find out a different route / I can't go the penitentiary route." While we feel this pairing was wholly unnecessary (no shade to Yella), we'll let you be the judge as to whether or not this collaboration is a hit or miss.

Give the new "Unstoppable" remix a spin below and purchase a copy for your playlist if you're feeling it. In other news, Ms. Hawthorne will soon be performing on Kirk Franklin's 26-city Long Live Love Tour which kicks off in Austin, TX on July 11th. Additionally, fans can catch her in concert this month at the JoyFest in Charlotte, NC and in July at the ESSENCE Music Festival in New Orleans, LA.