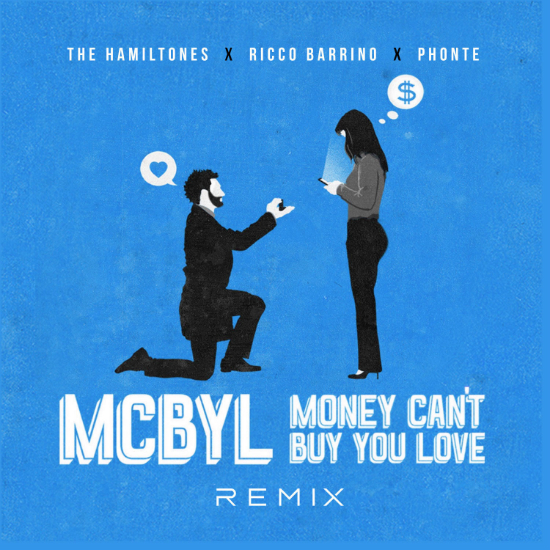 The saying “Money Can’t Buy You Love” is a message almost as old as time. However, on their official first single, The Hamiltones with featured artist Ricco Barrino managed to put a new spin on the old adage, making it sound fresh and enlightening. And now they’re doing it again with a remix featuring everyone’s favorite man of many hats (and names), fellow North Carolina native Phonte.

Phonte provides a few adlibs to open the track, shouting “No games” and “Yessir” before breaking into his verse. The Little Brother rapper goes through the motions of a breakup, putting us in our feelings as he explores the deathly serious to the petty, as our man’s main girl ends up, “Taking the kids, the dog and the Netflix password.” Ever the clever lyricist, the verse is more than just a guest verse but a welcome addition that deserves a few rewinds to catch all the gems he’s dropping.

In addition to the guest verse, The Hamiltones have also given the production a bit of a facelift. They’ve added a few more background adlibs, as well as some of the instrumentation playing a stronger role against a more stark background. If there’s a negative about the track, it’s the fact that you get caught up in how beautiful it sounds that you might miss the cautionary message they’re trying to deliver.

“Money Can’t Buy You Love,” the original flavor and the remix, will be featured on The Hamiltones upcoming EP, Watch The Ton3s, due for release on Friday, June 7th on Tay's LB groupmate Rapper Big Pooh's independent label. Watch The Ton3s is the first of series planned EPs from The Hamiltones that will span several genres.