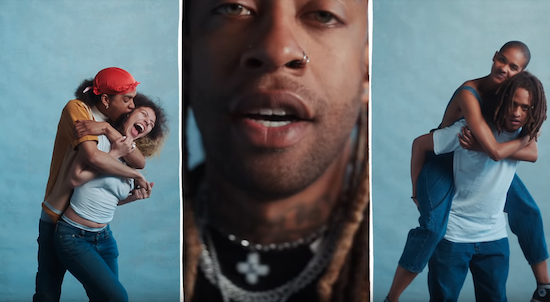 While Ty Dolla $ign has certainly solidified his position as the “Feature King," fans of the multi-faceted artist are more than ready for a new solo project. It’s been almost two years since the third installment of his critically-acclaimed Beach House mixtape series, so news of a brand new album has us chomping at the bit. To give us a taste of the wave he’s on currently, Ty recently released his single “Purple Emoji” featuring J. Cole.

A tad bit unexpected, the track is a new age love song, with both men admitting the mistakes of their past and professing their love to their special someone. There’s no talk of infidelity or partying ‘til you pass out; instead, they speak of the growth spurred from finding a real one. Ty closes out his first verse noting, “You stayed 10 toes down, now you can kick your feet up / I had to boss you up, I had to level up myself / I did some growin' up, I'm doin' better for myself / But I still need you.”  Meanwhile, in his own way, Cole expresses his gratitude to his wife for being the one with whom he can build both his family and an empire.

For the Olivia Rose-directed visual, we see "real people, real day 1's" of all genders, ethnicities and ages in between performance shots of Ty and Cole. They embrace, laugh together or simply lovingly gaze into each other’s eyes. The capture is sweet in its simplicity and echoes the sentiment that, if you’ve found true love – whether romantic, platonic or familial – you really need little else. Rose says she “wanted to stay true to the lyrics and create a video that showed real couples, real friends, real siblings and the tiniest of actions of intimacy they share.” She says, “I think the outcome is a video that can resonate with all people from all walks of life and is representative of the full spectrum of love.”

Catch all the feels and watch Ty Dolla $ign’s “Purple Emoji” video below, and be sure to add the track to your lovey-dovey playlist from your favorite digital platform. While word on the street is that the track is the lead single from his upcoming LP, there’s no official release date, project title or tracklist. Still, we’re sure he’s heard all the impatient murmuring on social media and podcasts, so hopefully he’ll accelerate the rollout and drop the full project this summer.