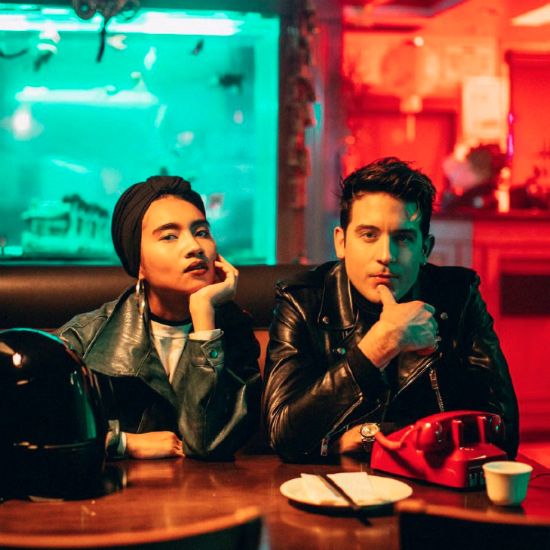 Yuna is back with a new record in anticipation of her new album, Rouge. Last time we heard from the Malaysian sensation, she gave us a beautiful ballad “Forevermore,” which fused the sound of her native land with some pop and R&B elements. Now she’s hooked up with American rapper G-Eazy once again for a throwback funk record about shaking clout chasers off your coat tails.

“What are you without me? You’re just a blank marquee,” Yuna proudly and matter of factly proclaims over a funky throwback yet futuristic mid-tempo groove. On the track, she confronts a former friend/lover who’s using her clout as their own. But Yuna ain’t here for it. She sets them straight. Meanwhile, G-Eazy adds his two cents, countering her proclamations with, “Yeah, you were right beside me / Next day try to criticize me / Used to love me now you despise me / But at this point nothing could surprise me, I know.”

In addition to the new song, Yuna also shared a cinematic clip. It continues some of the themes in the video for “Forevermore,” as we follow her on a mysterious late-night rendezvous in a neon-lit Kuala Lumpur. Directed by her husband Adam Sinclair, the visual begins with Yuna pulling up in a late model yellow coupe to receive a nondescript manila envelope. Turns out a shady-looking character has been keeping tabs on our girl, but he has no idea what he’s gotten himself into. But, just when Yuna thinks her mission is over, she’s joined by G-Eazy and together they ride off into the darkness.

“Blank Marquee” is the second single from Yuna’s upcoming album, Rouge. Due July 12th, the project will feature Masego, KYLE, Little Simz and others. This will follow up her previous album, 2016’s Chapters. To hear Yuna tell it, “the whole album is about how I am with myself: I’m comfortable with my relationship, with my focus on my career. It’s the color of becoming this woman I am.” If “Blank Marquee” is any indication of what’s coming when Rouge drops, Yuna might be holding some heat for the summer. Listen to her latest jam and watch the video below then keep scrolling to peep the Rouge tracklist.

TAGS:  adam sinclair, audio, G-Eazy, Kyle, Little Simz, Masego, Yuna
Previous: Izzy Bizu Creates A Mood With Her ‘Lights On’ Next: PJ Morton Will Leave You ‘Yearning For’ His Take On This Gap Band Classic