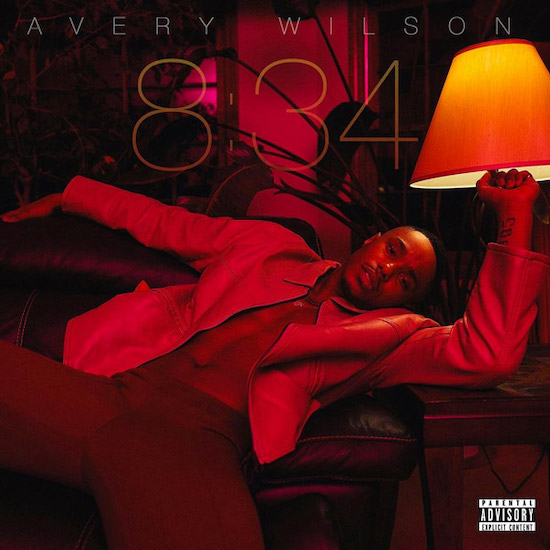 When Avery Wilson first landed on our radar back in 2012, he was a 16-year-old then-hopeful on NBC's The Voice. Seven years later, he's back and ready to show the world that he's all grown up with his latest EP, 8:34.

The four-track EP, whose title was inspired by the exact time the Connecticut-native was born, is a collection of grown-and-sexy material that finds the crooner exploring his seductive side while also tackling the risks we take when falling in love. The project's first single, "Callin,'" sets the tone with its steamy single and its accompanying video when it dropped earlier this month. While remaining songs like "ATM" and "Genuine" deal more with the inner workings of relationships, Wilson's production still sets the stage for a sensual listening experience thanks to the slow burn of the bass-heavy tracks combined with his impassioned singing. He wraps things up with "Reckless," which borrows from Christopher Williams' 1991 hit "I'm Dreamin," and finds him pleading with his lover to not play around with his emotions.

8:34 is Wilson's second release since parting ways with his former label head and mentor Clive Davis. Just last fall he celebrated his independence with his first EP, FYI, which found the singer in a much different mood thanks to uptempo numbers like "WassTheMove." Now that he has taken his career into his own hands, we can't help but be excited to see what else is in store for this young talent.


TAGS:  audio, Avery Wilson, christopher williams, clive davis
Previous: Take A Break From Your ‘Manic Monday’ To Watch Prince At His Best Next: Danity Kane Is Back To Electrify You With Their ‘Neon Lights’