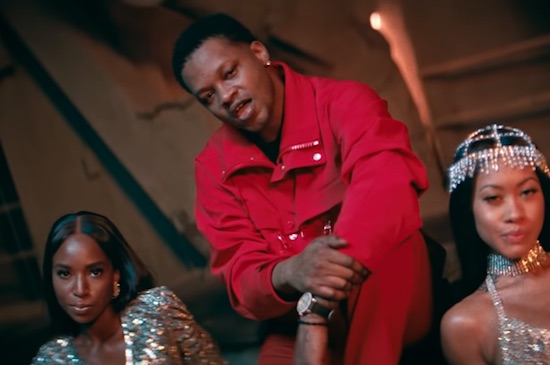 BJ The Chicago Kid has been slowly teasing us with the release of his sophomore project. Beyond the random loosies and EPs he's released in the three years since his debut album, the four-time GRAMMY-nominated singer has shared the singles "Time Today" and "Worryin' Bout Me" featuring Offset of Migos. Finally, fans of the Windy City crooner can get ready for his new-new dropping on Friday, July 26th when 1123 hits the streets. In addition to revealing his new album news, BJ also unveiled the music video for his newest single this week.

Directed by Miles & AJ, the concept for the clip sees BJTCK on his grind working on his craft, with the abandoned factory setting serving as a metaphor for his hard work. In the grungy yet futuristic backdrop, he's flanked by his muses while he stunts on his haters and naysayers against a rollicking guitar lick. Meanwhile, Offset comes through giving rap hands for days as he lets those who want to play in his face know to get with the program or get out the way.

1123 will follow-up BJ's debut album In My Mind, which dropped in 2016. The new project will feature appearances from Anderson .Paak, J.I.D, Rick Ross and Afrojack and production from Cool and Dre, Danja, Dre Harris and longtime collaborator Jairus “J.Mo” Mozee. Fans new and old can pre-order the album now.