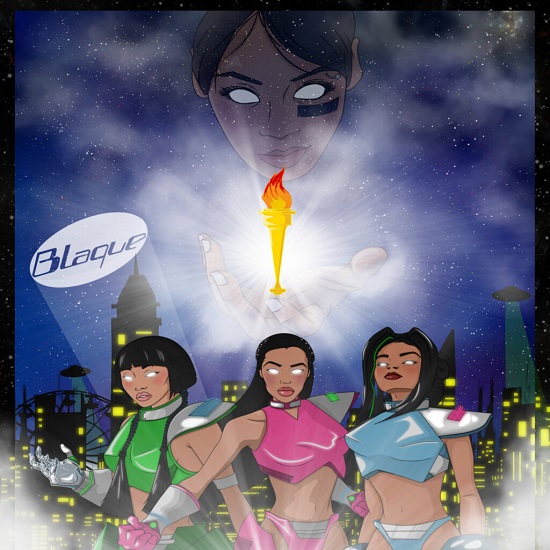 Late '90s/early 2000s girl group Blaque initially had the world thinking they were the second coming of TLC, especially since they had the co-sign of TLC founder Lisa "Left Eye" Lopes in their corner. And, initially, they were poised for similar success after scoring hits like "808" from their self-titled debut and landing roles in popular cheerleader comedy Bring It On. However, the ladies' luck petered out after the release of the their second album Blaque Out in 2002. What many don't know is that the group recorded a third album that was meant to be released in 2003. And now, 16 years later, Torch has finally been released.

Torch is an early 2000s time capsule, from the production contributions from Rodney "Darkchild" Jerkins and others who were smoking hot at the moment to a list of guests that include Missy Elliott and Timbaland. Though the magic that had given them early success had obviously began to fade here (perhaps due to the sudden death of mentor Left Eye the year prior), the 14-song set does have its moments. "Ugly," which features Missy, has a sparse beat and bump that make it interesting along with its sassy chorus. "Fall Back," which finds the ladies laying claim to their man and warning any other girls to give him 50 feet, may also bring about a case of 2000s nostalgia. However, the most heartfelt track is closer "Her Name Is," which finds the trio giving honor to their late mentor Left Eye with an upbeat track that celebrates her life.

With the release of Torch and 20 years under their belt, perhaps the album coming out means that the group's remaining members Shamari DeVoe and Brandi Williams — Natina Reed sadly passed away after a car accident in 2012 — are ready to step back into the spotlight. Stream the ladies' long-shelved third effort below.