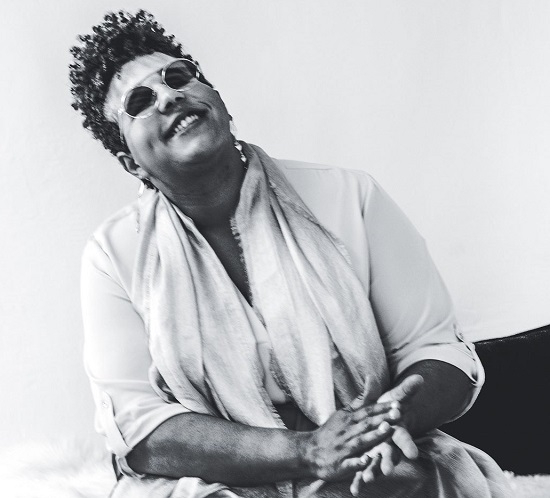 When we first met Brittany Howard as the lead singer of soulful rock act Alabama Shakes, we knew we had discovered something special. The singer wowed us on the Shakes' two albums, 2012's Boys & Girls and 2015's Sound & Color. Now, the singer is taking some time away from the group to step into the solo spotlight with her debut album Jaime and its lead single "History Repeats."

As debut singles go, you can't get much funkier than "History Repeats." Starting with a rolling snare drum, it soon gets to the funk thanks to slick rhythm and bass guitar licks leading the charge. Rather than give you her voice at full power, Brittany's vocal is presented behind a screen of distortion. Rather than subdue it though, it adds a layer of bluesy feeling as she discusses how committing the same mistakes can hold us back. "I just don't want to be back in this place again," she sings during one verse. "I mean, I done cried a little / Tried a little / Failed a little." Meanwhile, the repetitive chorus nods with tongue firmly in cheek to this phenomenon as she sings, "History repeats / And we defeat ourselves / C'mon everybody one more time."

Addressing why she titled the album Jaime, Brittany wrote in a note, "I dedicated the title of this record to my sister who passed away as a teenager. She was a musician too. I did this so her name would no longer bring me memories of sadness and as a way to thank her for passing on to me everything she loved: music, art, creativity."

"But, the record is not about her. It’s about me," she continued. "It’s not as veiled as work I have done before. I’m pretty candid about myself and who I am and what I believe. Which, is why I needed to do it on my own."

In addition to the album, Brittany Howard also announced tour dates through October in support of the project. The trek will begin in Asheville, North Carolina and will see her make stops in Nashville, London, Amsterdam, Toronto, New York, Los Angeles and many more places before wrapping it all up in Atlanta for the city's edition of the AFROPUNK Festival. Tickets for the tour are set to go on sale this Friday, June 28th and you can find more info on Brittany's website and a full list of dates in the flyer after checking out "History Repeats" below. As for Jaime, you can get you hands on it when it arrives in stores on September 20th. 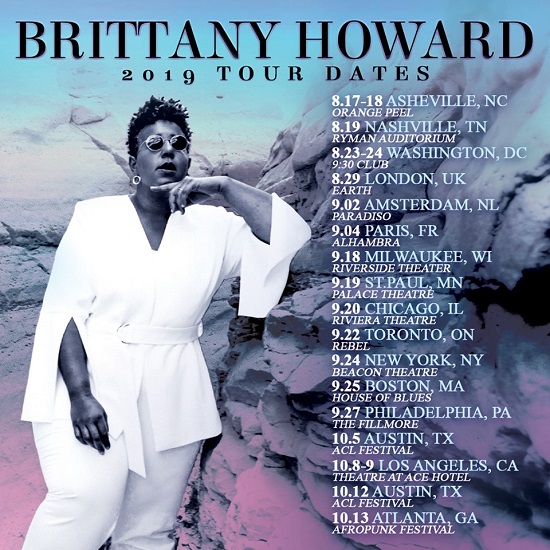 TAGS:  Alabama Shakes, audio, Brittany Howard
Previous: Pink Sweat$ Serves Up Some ‘Coke & Henny’ Next: Eric Roberson Steps Out In Style For ‘Leave It In’