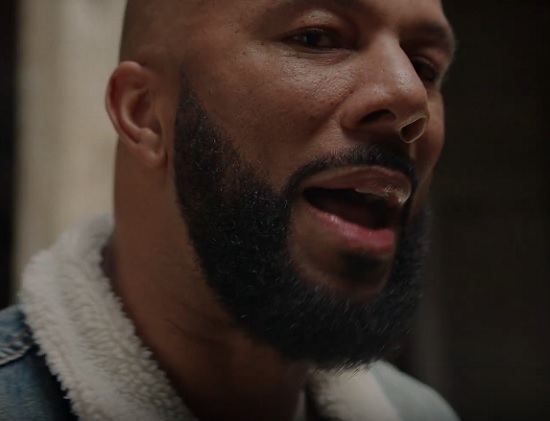 Common lately has become just as (if not more) known as an actor and spokesperson as he is for his skills as an emcee. But don't let the SAG card fool you, the Chi-Town native and new author still has a thing for hip-hop. The rap legend has a new album — Let Love Have The Last Word (which shares a name with his just released book, by the way) — on the way and with its lead single "HER Love," he reignites his love affair with hip-hop.

The track — which utilizes unreleased production from the late, great J Dilla and vocals from Daniel Caesar (with Dwele also somewhere in the mix) — is a revisiting of a theme he first started with his seminal track "I Used To Love HER." This time, rather than talking about how disillusioned he is with the artform, he speaks on how much his love for hip-hop has grown over the years. Though clunky at times with forced allusions and name checks, you can't knock Com's sentiment on the track. As he spits and mixes in the names of the newest generation of rappers over the soulful production, Daniel Caesar wraps it all up in a bow on the chorus, singing, "Who knew / Who knew that we would take it this far? / I, I love you so just be who you are." The video continues the beautiful sentiment, with black men and women representing all the facets of the genre in a beautifully and artistically shot clip helmed by director Savanah Leaf.

"I love music so much. And on Let Love, this recommitting, rebirth and 're love,' if that’s a word, just came to fruition," Common said of his upcoming project. "Music has always been the genesis of my creative life and it feels more than fulfilling, more than wonderful and a joy that is hard to wrap up, to be giving my whole self to it again."

Look for Common to keep spreading his love when he goes on tour next month and listen to his latest below.