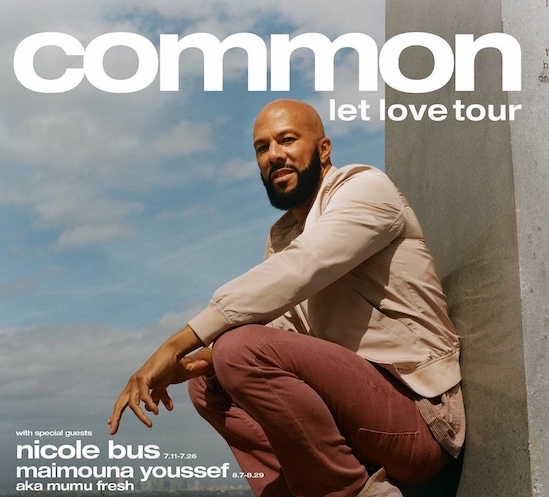 Common is on the verge of releasing his new single "Love Her" – the first listen from his upcoming album Let Love Have The Last Word – in a matter of days. That's not the only thing that fans have to look forward to, however. Com has already made the announcement that he'll be touring this summer to support the album and released an initial set of tour dates. As we suspected, those dates were only the tip of the iceberg, with the reveal of the full world tour schedule and the artists opening for him on the newly renamed Let Love Tour.

As previously announced, the Let Love Tour begins on the West Coast in July. Joining Common on the West Coast run will be new artist Nicole Bus, the Dutch songstress who has burst onto the scene with her song "You." Snagging this opening spot is a great look for Bus who is riding the wave of her hit debut single that is sitting atop the charts.

For the newly announced tour dates that kick off in early August, Maimouna Youssef, who is a member of Common's band and toured with him extensively, will move from the background to the foreground as the opening act for the remaining U.S. dates, which includes stops in Detroit, D.C. and Dallas as it makes its way across the country. Mumu Fresh is enjoying her own moment in the sun after going viral last year when she snapped during August Greene's Tiny Desk Concert on the song "Practice." This summer she'll be the featured vocalist on DJ Jazzy Jeff and The PlayList's forthcoming Chasing Goosebumps II album, so expect to hear a lot more from the dynamic singer and rapper on and off stage.

As for Common, he'll be busy well into September, which is when he'll hop across the Atlantic to take the Let Love Tour international. Com and crew will get passport stamps in Norway, Denmark, Great Britain, France, Denmark, Netherlands and Belgium as he spreads his love around the world.

Take a look at the complete list of Common's Let Love Tour dates below and purchase tickets now via his website. 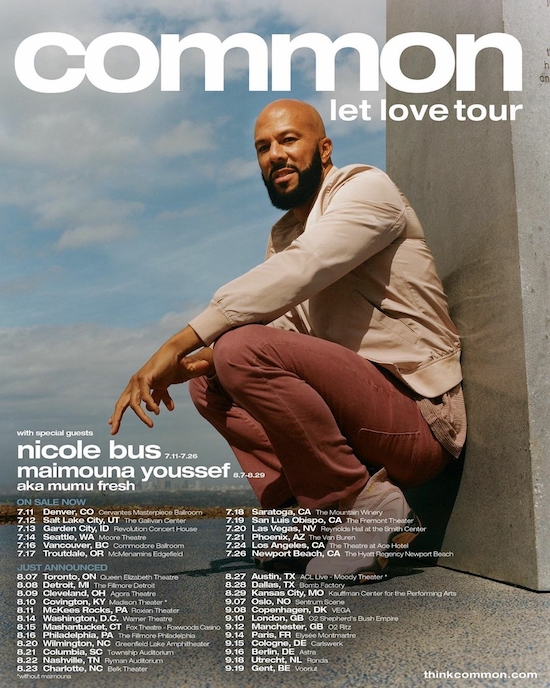