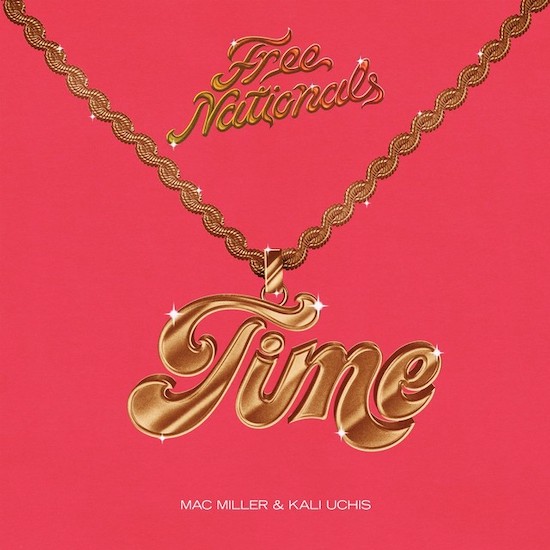 It's been nine months since Mac Miller's untimely passing and since then, fans have found comfort in rich musical legacy the Pittsburgh native left behind. Now fans and music lovers alike can feast their ears on Miller's first posthumous release courtesy of the Free Nationals' latest release, "Time."

Miller links up with singer Kali Uchis on this slinky ode to the ups and downs of modern day love, a topic the rapper/producer frequently covered in his own music. Guitarist Jose Rios, bassist Kelsey Gonzales, drummer Callum Connor and keyboardist Ron Tnava Avant craft a bass-laden mood that provides the perfect landscape for Miller's introspective verse about sticking it out even when the going gets tough. "We just need some time / Keep watching, let it all unwind / You get yours, of course, I get mine / And in the end, everything will be fine, that's by design," he sings in response to Uchis' desire to stop having to mother him.

"Time" is the second single to come from the group best known as Anderson .Paak's touring band and follows their surprise debut single, "Beauty & Essex," which dropped last year and featured Daniel Caesar and Unknown Mortal Orchestra. The song also marks the first new music sanctioned by Miller's estate since his passing, leading .Paak to express his gratitude towards Miller's family for signing off on the song's release. Meanwhile, Free Nationals also took to social media to pay homage to their late friend, stating that the song is exactly how they would like to remember him best. While there's still no date yet on when we can expect their album, if these first two singles are any indication, it'll be well worth the wait.