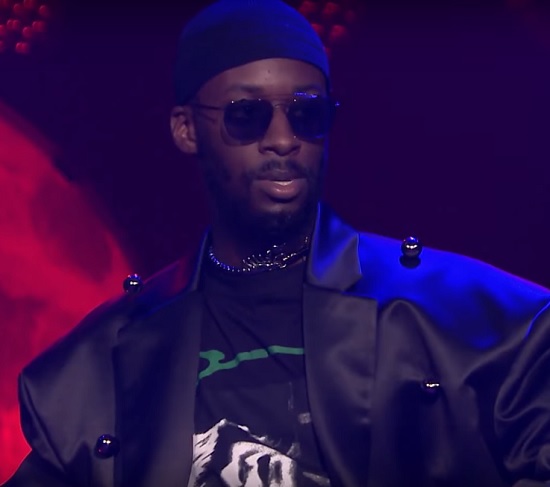 Today is GoldLink's day. The DC-repping rapper dropped his second major label release, Diaspora, on the masses today and it's filled with more than its fair share of jams. To celebrate the album's release, GoldLink took it to the stage of The Tonight Show Starring Jimmy Fallon to perform "Zulu Screams" and a mysterious unreleased track.

The "Zulu Screams" portion of the performance began with the rapper standing atop a platform dressed in all black as dancers clad in the red, black, green and gold of the Jamaican flag danced to the rhythm. Featured singer Maleek Berry strolled his way into the number to sing the chorus, though it was more than a bit obvious that he was having a little trouble singing along to his recorded vocal. Soon after, though, the beat switched to a softer, more sensual one as women said " hot, new exclusive." From there, GoldLink began rapping a fresh new track (host Jimmy Fallon seemingly announced it as "Rid," though we aren't exactly sure if that's it's name). Like every thing we've heard from the rapper in recent months, it's pretty damn dope  — but before you go skipping through Diaspora, it's not on the album. Here's hoping that it's a one-off release soon.

Get into GoldLink commanding The Tonight Show stage with ease by watching his performance of "Zulu Screams" below.