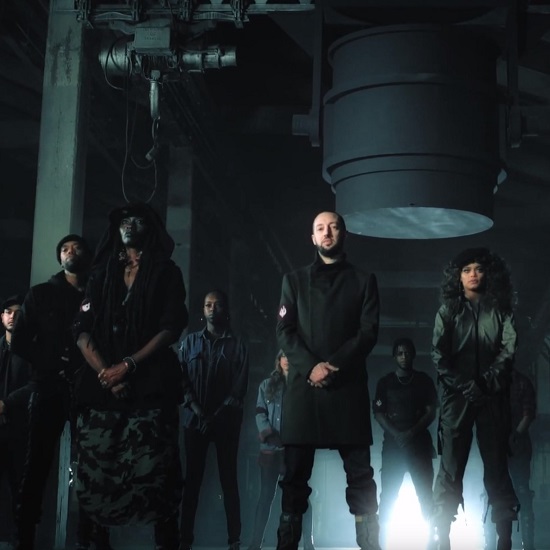 It's been a month since J.Period released The RISE UP Project, and we can attest to the fact that the album's powerful themes have an even greater impact after multiple listens. The long-awaited project is a star-studded effort that has provided much food for thought, and now it delivers a feast for the eyes with the official video for the track "See the Light."

Featuring '90s hip-hop duo Dead Prez and captivating vocalist Andra Day, the haunting anthem is all about fighting for what’s right, no matter the cost. Following an almost mournful introit of Andra vocalizing over an emotive piano arrangement, the singer delivers a soulful chorus before stic.man and M-1 spit revolutionary rhymes. J.Period expounds on the track in a recent interview with Rolling Stone, saying, "The song represents the moment in the battle where we are bruised and bloody, and nearly beaten, but we must summon the strength to rise again and fight — a feeling I think many of us can relate to at this moment."

Ms. Day echos the sentiment, sharing, "We are planting seeds for fruit we may or may not see harvested in this life, but our reward is the peace of knowing that we are helping to build and leave behind a world where everyone is counted and equal." Touching on the song's title and concept, M-1 adds, "Message Music is indeed the lighthouse in the fog of today’s chaotic world." Reminding us that we need to speak out because it's "bigger than hip hop." Stic brings the big picture into focus, stating, "From Sudan, to the ongoing attacks on women’s rights, to Flint’s ongoing water crisis…there are so many truths that need to see the light."

Directed by Myriam Santos, the militant visuals are surprisingly short – roughly half the length of the original track – but quite effective. Andra channels the Black Panther Party movement with a uniform and black beret as she sends out a broadcast to educate the people. Meanwhile, Dead Prez and J.Period lead an underground movement determined to make a difference. Santos intersperses footage of protests and war to remind us that this isn't entertainment, it's reality. Peep the clip below and grab your copy of The RISE UP Project if it's not already in your collection.


TAGS:  Andra Day, dead prez, j.period, M-1, Myriam Santos, Stic, stic.man
Previous: Danity Kane Is Back To Electrify You With Their ‘Neon Lights’ Next: JAMESDAVIS Gives Us ‘Something To Talk About’ 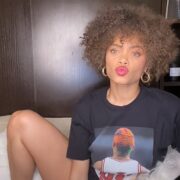