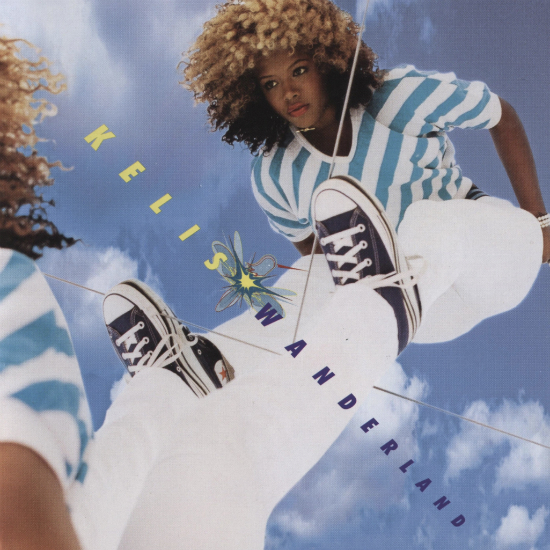 2001 was an interesting time for StarTrak Records. While the label founders, Pharrell Williams and Chad Hugo, known as The Neptunes were certified hitmakers, they couldn’t quite work the magic for their own projects. N*E*R*D, fronted by the duo, was their rock outfit along with their friend Shay Haley. After a terrible review in XXL, their album In Search Of... was only released in Europe. A similar fate would befall the sophomore project from the label's first artist, Kelis and her album Wanderland. While In Search Of… was eventually released widely after being re-recorded with live instrumentation, Wanderland never got its just due. Until this week, that is.

On June 5th, the album was finally released in the US on streaming services to the surprise of fans – and Kelis herself. “It’s been a long time coming, I had given up…well almost,” she said in a statement to The FADER. “I was shocked to wake up this morning to see it had been streamed. All the politics of it aside. It feels good and I’m happy that it’s been given it’s time to live on speakers across the country.” According to the artist, her parent label, Virgin Records, didn’t understand the album. She left Virgin, and the album was only released in Europe, with US-based fans either downloading it online, which was still a new thing at the time, or importing it from Amazon UK.

A quick rewind of the album reveals that Wanderland is definitely an album of its time. The album features 16 tracks produced by The Neptunes and includes appearances from then-labelmates Pusha T, Malice and Roscoe P. Coldchain. The synthetic instrumentation that made The Neptunes a powerhouse production team is readily apparent throughout the project, with echoes of hits from other artists. What sets it apart, though, is that here The ‘Tunes and their muse explore themes of youthful rebellion, expression, rage, isolation and naivety. They were allowed to be themselves instead of putting on a mask to be the life of the party.

While not as popular at the time as one would guess, the music produced during the early aughts would be very influential for artists emerging today. Leikeli 47 even has a song called “Kelis Is God,” while Tyler, the Creator and his Odd Future clique have clearly taken their fair share of inspiration from The Neptunes soundscapes from this era. An era that could be summed up by this line from Wanderland's "Intro": “Learn for losing, cherish winning, forever StarTrak.”