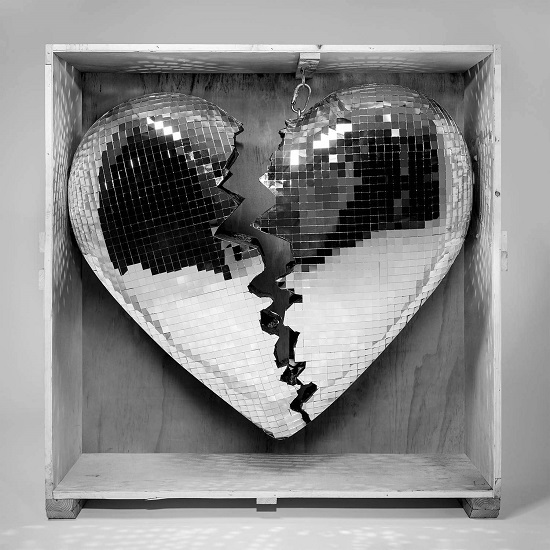 Heartbreak, while pretty much inevitable in this thing called life, isn't a topic that comes up when people think of summer. That's especially true when you're thinking about music, as most songs of the summer are about letting loose and having a good time. Mark Ronson shirks this tradition with his latest set, Late Night Feelings, which delves into the many shades of heartbreak over the course of its 13 tracks.

Ronson, ever the savvy producer, made an intelligent choice in choosing all female collaborators. Lykke Li; YEBBA; Ilsey; Diana Gordon; Miley Cyrus; King Princess; The Last Artful, Dodgr; Camila Cabello and Alicia Keys all made the guest list. The ladies are able to communicate the pain that love causes and the emotions that come with it almost effortlessly without the posturing that usually gets in the way when it comes to the fellas. That's especially true of YEBBA, who gets a three-track suite ("Knock Knock Knock," "Don't Leave Me Lonely" and "When U Went Away") that acts as the beating center of the album while going from lust to despair in a span of seven minutes. Elsewhere, Ronson mines and mimics '80s pop almost perfectly with Cabello ("Find U Again") and King Princess ("Pieces Of Us") and brings us echos of R&B past ("Why Hide") and future ("Truth"). The highlight of the album still remains the stunning, obsessive title track, though, especially when paired with the Barry White-esque prelude that expands the tune into a sparkly orchestral arrangement before delving deeper into its dimly lit disco vibes.

While the subject matter might seem like a bummer, it's actually anything but in the hands of Mark and his guests. From the disco chic lament of the title track to other cuts that play lovelorn thoughts against aspects of dance music, R&B and even country, Late Night Feelings never quite wallows in the despair of lost love. Instead, it seems to be working through the feelings — which might make it one of the healthiest displays of post-breakup behavior ever committed to wax.