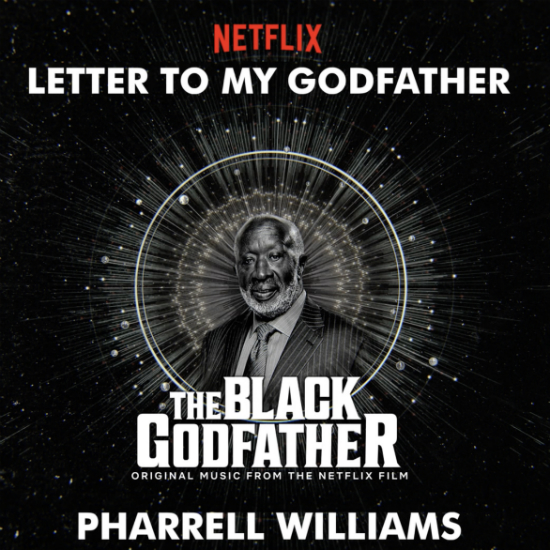 Clarence Avant isn’t a household name. However, the black music executive has played a huge role in the careers of well-known artists such as Bill Withers, Snoop Dogg and Quincy Jones, as well as an influential role in the lives of legends like Muhammad Ali, Hank Aaron, President Barack Obama and President Bill Clinton and so many more. His story is being told in the new Netflix documentary, The Black Godfather. It’s only fitting that the documentary about a black music exec feature music from an almost equally legendary artist whose career he's touched. Stepping up to the plate is Pharrell Williams, who digs into his gospel bag to give Mr. Avant his past-due praise on the song “Letter To My Godfather.”

The track is a soft hymn with haunting harmonies and guitar licks. Pharrell, through a heavy dose of Auto-Tune, heaves praise on Avant, singing that we should, “love him now while he is still here.” The track is stark for the most part except for the chorus where the drums, hand claps and synths kick in, uplifting the track.

Williams has this to say about the living legend, in a statement: “Clarence Avant connects us all through his incredible impact since before I was born up until now. He’s the godfather to so many of us — and not just African Americans, most of the industry.”

Hit play below to listen to the latest from Pharrell, and be sure to check out Clarence Avant’s documentary The Black Godfather streaming now on Netflix.