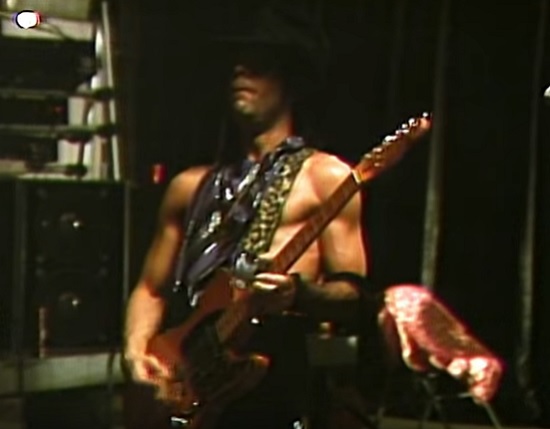 Prince's effect on the musical landscape of the 1980s was unprecedented. Sure, his Purpleness had tons of hits for himself during the decade, but he was also writing and producing hits at a steady clip for other major artists — and we're not just talking protégées like The Time, Sheila E. or Vanity 6. For those not in the know, the recently released posthumous set Originals spotlights this work by providing Prince's original demos for some of the songs he wrote for others that became major hits. His estate also compiled another video of archival rehearsal footage from the 1984 era when most of the songs were written to give us the official visual for lead single "Manic Monday."

Though "Manic Monday" was a hit for The Bangles in 1985, Prince actually wrote the song in 1984 during the height of his Purple Rain era popularity. The archival footage shows him and The Revolution rehearsing for the massive tour that was to come after. The small-statured pop virtuoso whirls, spins, dips and dances in the footage like a man possessed and determined. And, given his massive creative output during the time, he definitely was that. Still, to imagine that at such a young age and such a chaotic time Prince was able to crank out such greatness for himself and others so consistently is a testament to the pure talent that he possessed. There will definitely never be another.

Relive Prince's creative and artistic prime by watching the video for "Manic Monday" right here. Then make sure to pick up a copy of Originals to hear his genius at work.


TAGS:  prince, sheila e., The Bangles, the revolution, the time, vanity 6"
Previous: BJ The Chicago Kid Sets People Straight In ‘Worryin’ Bout Me’ & Readies Sophomore Album ‘1123’ Next: Avery Wilson Is All Grown Up On His New EP ‘8:34’