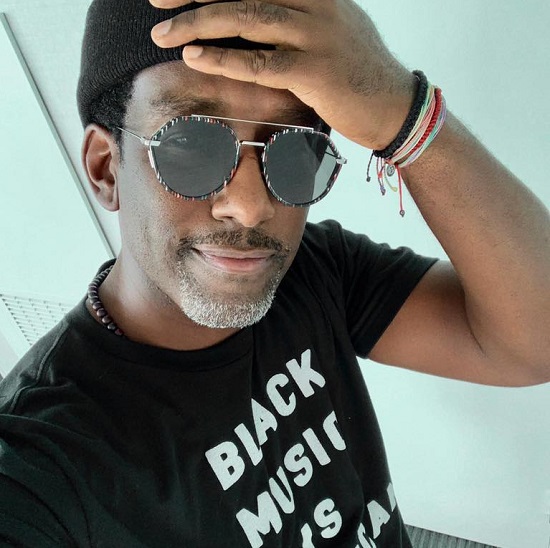 Sure we know him from his time with Boyz II Men but Shawn Stockman has been working on this solo thing for years now. He finally got things off the ground, though, with his debut solo EP Shawn. The project from last year, which featured single "Feelin' Lil Som'n," made a statement for the singer and his latest single "Left Right" continues in that direction.

The track finds Shawn giving praise to his lady. In fact, he just can't get enough of what she's doing to him. "You're somethin' else / You ain't the middle of the road / Girl, no, you're top shelf / And I wanna let you know you're / Fine as a motherf**ker," he sings about the love of his life. As for why the song's title is "Left Right," well, he likes to watch her body move just like that. Sure, it's no "End Of The Road" or "4 Seasons Of Loneliness," but it does sound like Shawn is having a good time finding his own groove.

Though he did give us an EP last year, we were actually promised a solo Shawn Stockman album. We'll see if 2019 is the year that he decides to deliver. Maybe if you guys show some love to "Left Right" by giving it a spin below and picking up a copy it might motivate him to make it so.


TAGS:  audio, boyz II men, shawn stockman
Previous: Jagged Edge Shares Their Post-Apocalyptic Vision Of ‘Perfect’ Next: J. Cole & His Dreamville Crew Drop ‘Down Bad’ & ‘Got Me’ Ahead Of ‘Revenge Of The Dreamers III’