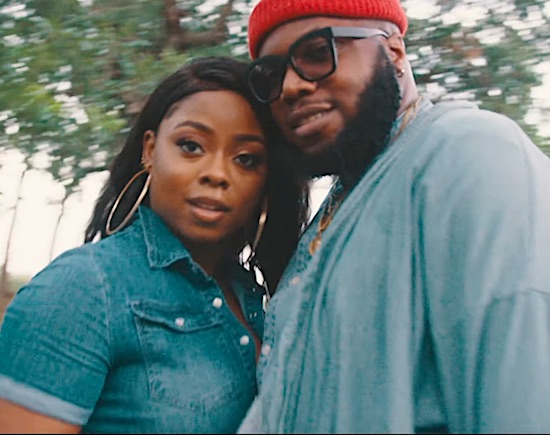 Ajanee Hambrick, or simply Ajanee as she is currently known, isn't a household name just yet, but chances are you've heard and seen her many times. As a member of former gospel group Livre', the singer-songwriter was able to flex her arranging skills as well as her vocals, helping the group to earn critical praise and multiple award nominations. Since then, she's been a fixture on our playlists as a background vocalist for GRAMMY-winning SoulBae H.E.R., supporting the artist during live performances such as NPR's Tiny Desk Concert and even helping to celebrate her career (and personal) milestones. But now that she's dropped her debut EP Fond, it's time for Ajanee to bask in the spotlight.

Buzz for the project has been favorable thanks to previous singles "Jumpin' Waves" and "100 Miles." However, her latest release "Let Go" is quickly becoming a favorite. The mid-tempo groove is a smooth duet with Morton Records signee Brik.Liam (who recently released some newness as well). Featuring wavy production by Mr. Damention, the song tackles relationship woes, but not quite in the way you'd expect. Instead of simply kicking your lover to the curb, the song suggests that you take a moment to check yourself and stop holding on to old issues in order to move forward. The entertaining lyric video directed by Israel Fowobaje proves the chemistry between the two singers goes beyond the studio as they make quite the convincing couple on the small screen as well.

With her captivating sound and style, we're looking forward to hearing and seeing more from this talented songstress. In the meantime, purchase Fond for your playlists and follow Ajanee on Instagram.


TAGS:  Ajanee, Ajanee Hambrick, audio, Brik.Liam, H.E.R., Israel Fowobaje, Livre, Mr. Damention
Previous: Prince Gets Down In Animated Fashion For ‘Holly Rock’ Next: Childish Gambino Gets ‘Lost In You’ For Triple J’s ‘Like A Version’