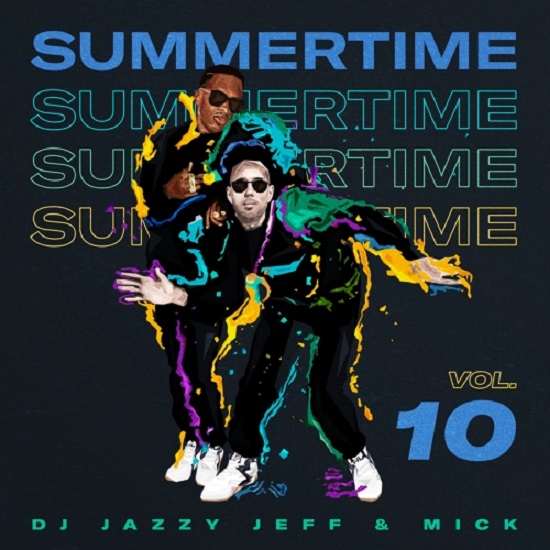 Is it really summer without DJ Jazzy Jeff and MICK? The twosome have been keeping cookouts and the block hot with their Summertime mixtape series for just about a decade now, and the party continues with the latest in the series, Summertime 10. The series, which takes its name from the 1991 warm weather classic from Jazzy Jeff and his partner-in-rhyme Will Smith, only gets better with time and this year's volume is no different.

The tenth edition outdoes last year's outing in sheer volume alone, with a massive 54 tracks spanning genres, decades and artists. It all kicks off with a smooth mix that blends the mixtape's namesake track with Ronnie McNeir's 1972 track "In Summertime" quite seamlessly. From there, we hit cruise control as we flip through an assortment of tracks from the likes of The Isley Brothers, The Notorious B.I.G., Groove Theory, Joe Cocker, Lil Jon, Sergio Mendes, EU and so many more. While just simply mixing the originals into a well-blended audio experience would be more than enough, we all know that MICK (who was once upon a time known as Mick Boogie) and Jeff wouldn't make things so easy. That's why we're also treated to special remixes of familiar favorites from mix maestros like Daniel Crawford, Chi Duly, Nick Bike, King Most, Hasan Insane and MICK himself.

In need of a soundtrack for that summer cookout? The next block party? A pajama jammy jam? DJ Jazzy Jeff and MICK have you covered with Summertime Vol. 10. You can stream the mix in full below and head to the homepage for the mixtape series to get a full tracklist and a free download. While you're there, you might also want to grab the previous nine installments of the series to keep the party going all night long.