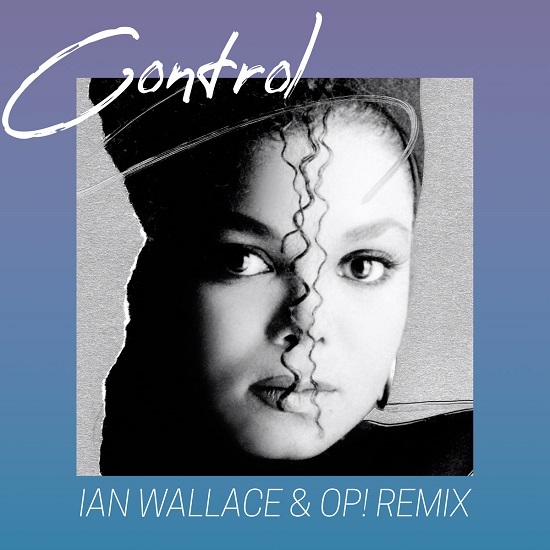 Independence Day is all about celebrating our various freedoms, and most would argue that Freedom of Choice tops the list of liberties that we're thankful for. Our forever Queen SoulBae Supreme Janet Jackson had this in mind when she declared her autonomy over 30 years ago with her single, "Control." Now, Brooklyn-based DJ/Producer Ian Wallace and fellow New Yorker OP! have joined talents to deliver the perfect remix to kick off our Fourth of July festivities.

Even back when he was known as Sam Champ, Wallace always displayed a knack for maintaining the vibe of whatever song he chose to remix --despite flipping it in unexpected ways. Meanwhile, Afrokinetic DJ OP! has a worldwide reputation for bringing the masses to the dance floor. Together, Wallace and OP! carefully strip down Jimmy Jam and Terry Lewis' futuristic funk-pop production before giving it a groovy, electro-house makeover. After a sudden modulation at the halfway mark, Janet's vocals take a backseat as the energetic synth and pulsating beats carry the remainder of the song. Being the Dancing Queen that she is, we think Janet would approve of way this duo exercised their creative license over "Control," especially with that beat drop at the end.

Listen to "Control (Ian Wallace & OP! Remix)" below, then keep the party going with their rework of another Control classic, "When I Think of You." Both songs are ready for download via Bandcamp.