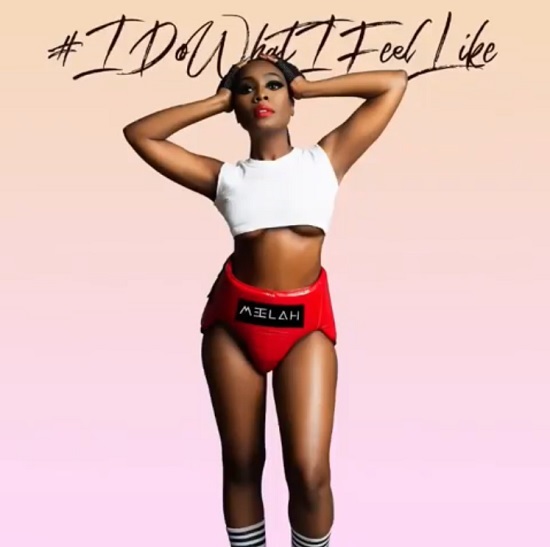 Meelah kicked off her 2019 by letting fans share in her "Super Love" with Musiq Soulchild. Since then, she's been pretty busy reuniting and touring with her 702 sisters. Don't think for a second that she's forgotten about getting her solo shine on, though. In fact, Miss Meelah is feeling herself and doing what she wants if her second single of the year, "#IDoWhatIFeelLike," is any indication.

She puts on a style similar to what many of the new R&B upstarts are doing these days, mixing the hard-hitting braggadocio of hip-hop with R&B melodies for a brash and trappy jam full of swagger. "I do what I feel like / Ball when I feel like," she sings to the fanfare of looped horns and hard-hitting programmed drums on the chorus. She then takes the time to let you know exactly how she likes to ball out with a few choice words and a cockiness we're really not used to hearing her sing with. Don't worry, though, as she sells it all pretty well.

Since she's signed to Musiq's eOne imprint SoulStar Music Company, there's no telling if "#IDoWhatIFeelLike" is signaling the arrival of her long-anticipated solo venture or yet another in a long list of one-off singles that Meelah has been known to drop whenever the mood strikes her. We do know that if this is the direction that the singer is headed in, it's damn sure an interesting one. Get into Meelah's newness when you press play below.


TAGS:  audio, Meelah
Previous: Omar Returns To The U.S. For First Concert Tour In A Decade Next: BJ The Chicago Kid Has Got Plenty Of ‘Time Today’ For Good Loving & Prepares For ‘The 1123 Tour’