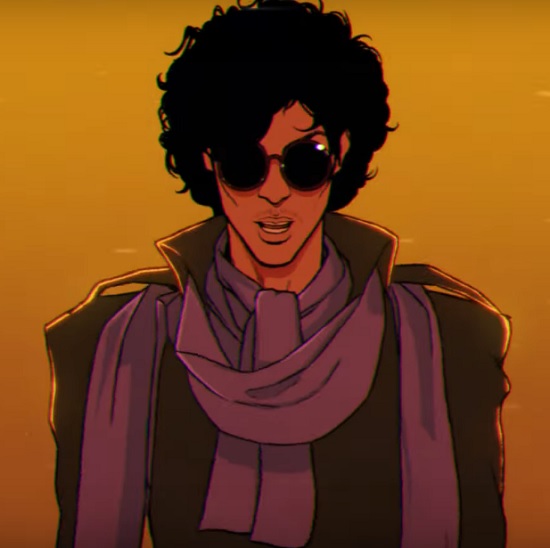 What do you know about the "Holly Rock"? If you're of a certain age, you remember the track as Sheila E.'s contribution to the 1985 hip-hop film Krush Groove. Like many things Sheila E. during that time period, "Holly Rock" was more of a joint collaboration between her and Prince. That's how the demo version of the track found its way onto the recently released Originals project that dropped last month. Now the song has its own official video showing his royal Purpleness in all his animated glory.

The four-minute video takes us through several iterations of Prince's '80s looks — from ruffled colors to leather jackets — as the jam goes on. The clip takes a novel approach, literally, as it looks like a graphic novel about Prince's heyday come to life (by the way, if anyone in his estate is reading this, that would be an amazing idea). Meanwhile, the words of the song come to life in a haze of neon and graffiti as they change with the beat. The clip is sure to be a fun experience for anybody that was alive to witness Prince's unprecedented 1980s run and a testament to just how much he was able to shift and influence the culture back then.

Of course, there's much more to be found on the posthumous Originals and even more to come from Prince's infamous vault. Hopefully his estate continues to give us creatively inspired visuals like this one to keep the memory of the Purple One alive and well for generations to come. Get into "Holly Rock" below.