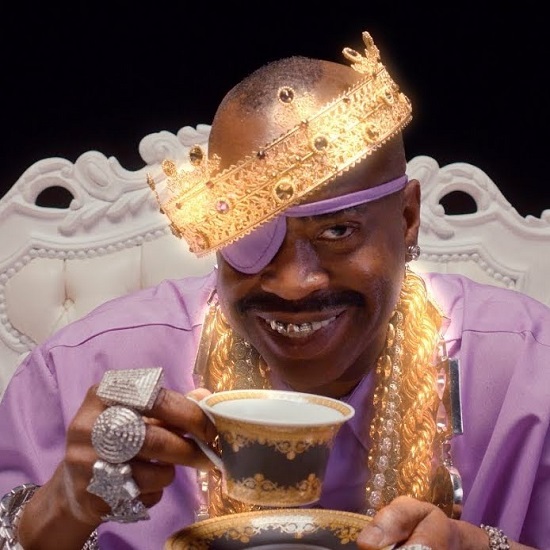 Last November, Slick Rick celebrated the 30th anniversary of his epic debut The Great Adventures of Slick Rick. The fact that it remains one of the most revered (and sampled) hip-hop albums ever made is a testament to its genius. A deluxe reissue of the album earlier this year took us way down memory lane, but also introduced us to some unfamiliar joints – a previously unreleased 1985 track called "Snakes of the World Today" and a brand-new jam called "Can't Dance to a Track That Ain't Got No Soul."

The latter recently resurfaced as an official single, simultaneously released with a fresh-out-the-can banger called "Midas Touch." This double-drop stands out for many reasons. For starters, it marks the newest original offering from the icon since 1999's The Art of Storytelling. Both songs are undeniably infectious, particularly since each one is built upon a sample that can be considered a hip-hop staple: Funkadelic’s "(Not Just) Knee Deep" serves as the foundation for "Can't Dance..." while "Midas Touch" uses Lyn Collins' "Think (About It)" as its backdrop. Furthermore, the tracks serve as Exhibits A & B that the inimitable lyricist hasn't lost his touch. Witty, provocative, thought-provoking and downright entertaining, MC Ricky D remains a captivating storyteller.

Now, the distinctive tracks have something else in common by way of a joint music video directed by Shadae Lamar Smith. The rapper has had it up to here with industry execs who are out-of-touch with the heart/soul of true music. Featuring appearances from MC Lyte, French Montana, YoYo, black-ish’s Miles Brown, dancer KidaTheGreat and DJ Kaos, the colorful clip proves that "The Ruler's Back!" Check it out below, then head to your favorite DSP to download "Can't Dance to a Track That Ain't Got No Soul" and "Midas Touch." Follow Slick Rick on Instagram and Twitter or visit his website for the latest music and merch.