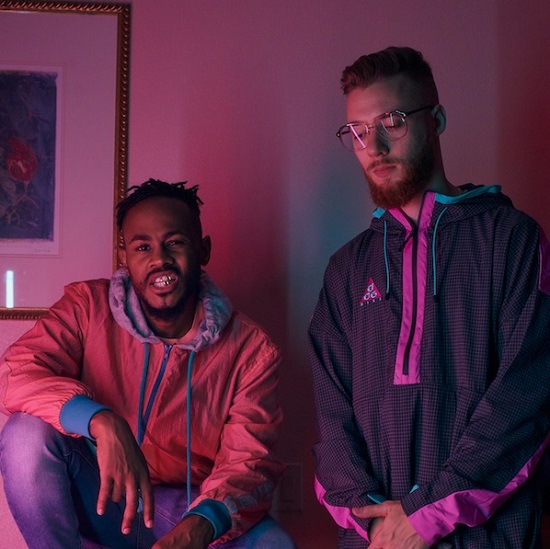 What do you get when two of the most in-demand creators in the business team up to bring their own sound to the masses? You get the super duo of Lo Boii, which consists of producer Aaron "Aalias" Kleinstub and singer-songwriter Corey Latif. Between the two of them, they've created hits for a who's who of artists — including Usher, Eminem and Rihanna, Chris Brown, The Roots, Bebe Rexha and Ro James. Now the fellas are ready to show and prove for themselves with their debut project Sex Doesn't Sell...Anymore. And because we love you, we're giving you an exclusive first listen.

Lo Boii isn't giving you the typical by-the-numbers songs that are found in the mainstream. Instead, they've crafted eclectic, futuristic soundscapes that subvert the expectations of pop and R&B. Tracks like single "Sweeter" and "Drive" introduce us to the space-age mix of pop, R&B and funk Aalias contributes throughout the set. Meanwhile, Corey speaks on how love and sex are navigated in the current age with insightful lyrics and top-notch vocals. There are many moments where the duo take us places we don't expect, whether it be an interpolation of Eric Clapton's "Change The World" on "Floor Seats" or the out-of-left-field inclusion of a cover of the Fine Young Cannibals' hit "She Drives Me Crazy" that actually works. It's that flipping of the familiar into something altogether different that keeps the project interesting and makes the listener anticipate what's to come.

"It feels great to finally be releasing our debut project," Lo Boii told us about the project. "The album itself is a journey through just about every emotion we could channel. The title Sex Doesn’t Sell… Anymore is an observation and the music is our explanation."

Sex Doesn't Sell...Anymore's seven tracks is just a dip in the pool of what Lo Boii has in store. However, we think you'll agree that it still makes quite the splash. Get into the duo's debut project below and make sure to follow your new favorite duo via Twitter, Instagram and their website. Also be sure to get your hands on Sex Doesn't Sell...Anymore when it officially arrives on the scene tomorrow, July 26th.