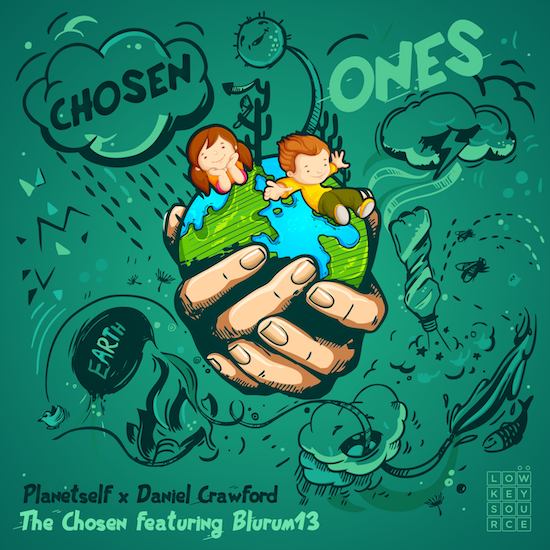 As we've often advocated, soul can be found all over the world. However, there are a few places that have become pretty adept at producing more than their fair share and we are all the better for it. Australia is one of those hot spots and has given us amazing soul talents like Hiatus Kaiyote over the years. Planetself is another soulful duo from Down Under who have been doing the damn thing. Now they tread into international waters with the upcoming release of their new single "The Chosen" — and SoulBounce has your exclusive first listen to the track a day before it drops on music services worldwide.

"The Chosen" is a collaborative effort between the Sydney-based duo and L.A.-based producer Daniel Crawford, best known for his album Revolution and his well-received Flip Wilson mixtape series. What started as a collaborative remix turned into a full-blown new track between the parties that's reminiscent of the neo-soul sounds of yesteryear but has a future-leaning edge. Daniel laces them with a boom-bap beat that's fleshed out with guitar, keys, record scratches and other production tricks that make this one a head-nodder from start to finish. Meanwhile, singer Charlie Umami and guest rapper Blurum13 kick an inspirational message to the next generation.

"'The Chosen' is all about the newest generation of kids coming up who have been chosen by the universe to be a part of this crazy time on our planet," the group said of the track in a statement. "Our people’s evolution to bring about change and revolution in a time that we need it like we’ve never needed it before! They hold within them the love and light and strength needed to turn this world around. It’s up to all of us. If you are here now, this includes you. We are all The Chosen.”

"The Chosen" will be released to all digital retailers and streaming services this Friday, July 19th. Get your advance listen to the track below and be sure to pre-order the jam so that you'll have it in your collection as soon as it drops.