SoulBounce Exclusive: Xav A. Finds The Joy In Letting Go In ‘Let It Be’ 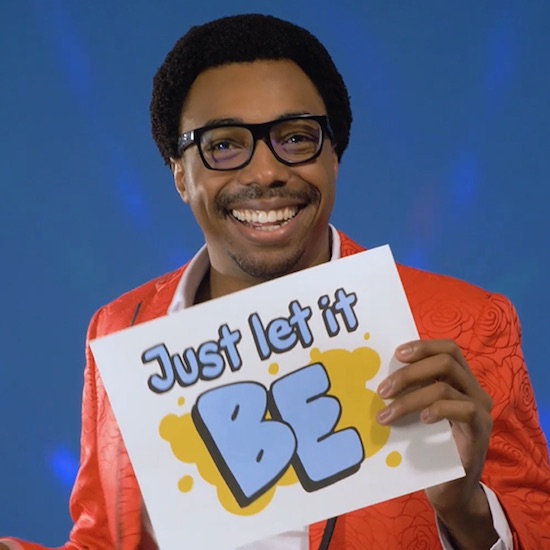 Last September we were introduced to Xav A. when we rode the retro-funk wave of his single "Old Milk" and its '80s- throwback music video. He left us grooving to the jam and laughing at the comical clip, which we delightfully world premiered. Xav has been laying low since then, but he's ready to break out with his first new song of 2019, "Let It Be," and its accompanying visual in another SoulBounce exclusive world premiere.

For "Let It Be," Xav A. found inspiration in the 1970s from the Bee Gees-penned song "Emotion," which was released in 1977 by Samantha Sang and would go on to be famously covered by Destiny's Child in 2001. He calls the track "a blend of old school meets new school," and says that he "wanted it to have that same sort of easy and relaxed vibe" as "Emotion." Xav A. succeeds in recreating that easy, breezy feel with "Let It Be" and shares a heartfelt, motivational message at the same time. "Just let it be, let it be / You're so much more perfect than what you see / Just let it go, set it free / Your past has been so difficult, my love is unconditional," he encourages on the chorus and nudges anyone listening who's holding on to the past to let whatever it is go in order to set themselves free.

Xav A. exudes joy and happiness in the music video for "Let It Be." He stars in the colorful visual, which features him sitting in front of the camera holding up cue cards with the lyrics on them. It may sound simple and run-of-the-mill, but with Xav A.'s exuberance and exaggerated expressions, it's anything but. His smile is so contagious that it will turn your own frown upside down. Coupled with the song's positive message, he'll make you happy just watching him in action.

If you want to experience Xav A.'s jollity live and direct for yourself, make plans to see him in concert at Rockwood Music Hall in NYC on August 15th. Stay tuned in to him on Instagram, Facebook and Twitter for his upcoming summer tour dates. Until then, get all the cheer you can when you press play to listen to "Let It Be" and watch the music video right here.