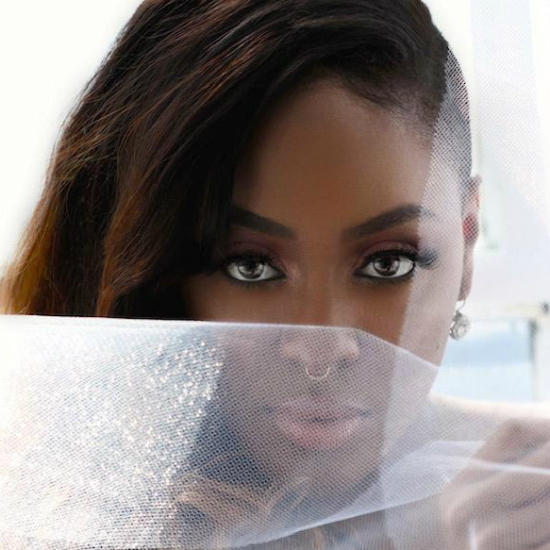 Andreena Martin, the artist formerly known as Andreena Mill and now known as THE BLK LT$ (pronounced The Black Lotus), is a star on the rise. Did you keep up with all that? The artist, no matter what you call her, comes with a resume that features work with Drake, DMX and Future. A pupil of Drake’s producers BOi-1DA and Noah "40" Shebib, she is standing on the shoulders of giants. In fact, for her first single, "That Janet Joint," she decided to cover a song by one of the biggest giants in the music industry, Janet Jackson. Ms. Jackson if you’re nasty.

"That Janet Joint," which seems like a really interesting way to refer to Jackson's 1993 hit "That’s The Way Love Goes," kind of works. Produced by Frank "Nitty" Pimental and inspired by Kris Kollin's arrangement for the track, THE BLK LT$ has slowed things down a bit, stripping away the funky sample of James Brown's "Papa Don’t Take No Mess." Instead, "That Janet Joint" features a stark sound bed that ebbs and flows between light, atmospheric and bass-heavy, bouncy synths. The sound is like getting a Janet Jackson song by way of DAWN. Meanwhile, the singer’s poppy vocals play well against the staccato drumming and bass of the production.

Yeah, we’re apprehensive about anyone touching Janet, and so was Andreena. "This song is one of my all-time favorites from Janet Jackson," says THE BLK LT$. "So when we started working on it, I really didn't know if I had the guts to do it. Completing the song with Frankie was great." Overall, the outcome is a nice update on the classic cut.

"That Janet Joint" is the first track from THE BLK LT$’s upcoming project, Joints: The Smoke Sessions, where she'll reimagine other classic R&B joints. We don’t have the tracklist or a release date just yet, but when we know, you’ll know. Until then, let us know what you think of THE BLK LT$’s update on this classic Janet joint.