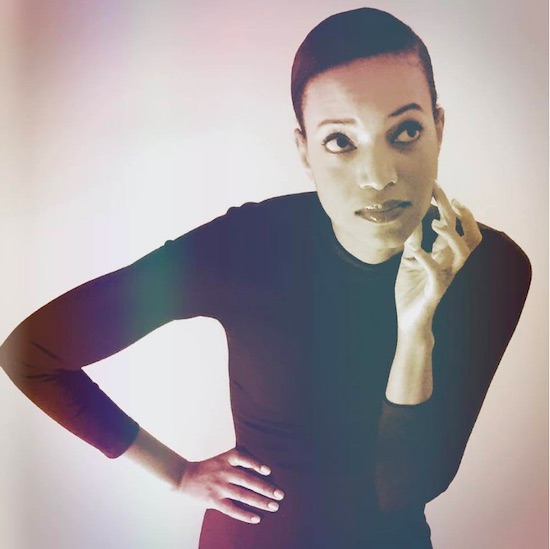 Although things seemed to have been quiet on the homefront for singer Alice Smith in 2019, she's actually been keeping busy with a steady performance schedule. Well, it turns out that she's also found time to hit the studio as indicated by her newly released single, "The Meaning."

Smith announced the single's release on Instagram, complete with a cropped picture of herself and daughter soaking in the sun. Choosing that particular photo was no accident as she explained the song's meaning in a Facebook video uploaded to her page last month. "'The Meaning' is really about mothers and daughters. That's what it's really about. It's really about mothers and daughters and the transferring of information," she says.  The song finds her doing what she does best by delivering her hauntingly powerful vocals along with the touching message. It's hard for anyone not to walk away feeling inspired thanks to the layered vocals, meaningful lyrics and driving beat.

If you've seen Smith perform live recently, then the song might sound familiar since she has been performing it during her shows for a minute. "The Meaning" is the first single from her highly-anticipated new album. However, if you were hoping for an actual release date, then you'll have to wait a little longer since she has yet to reveal when the wait will be over. Until then, we'll make do with the new song because after all, any Alice Smith is better than no Alice Smith.


TAGS:  alice smith, audio
Previous: Jidenna Is Stacking Chips With His ‘Sou Sou’ & Macking Chicks With Mr. Eazi On ‘Zodi’ Next: The Category Is ’70s Soul Music Realness For DRAM & H.E.R.’s ‘The Lay Down’