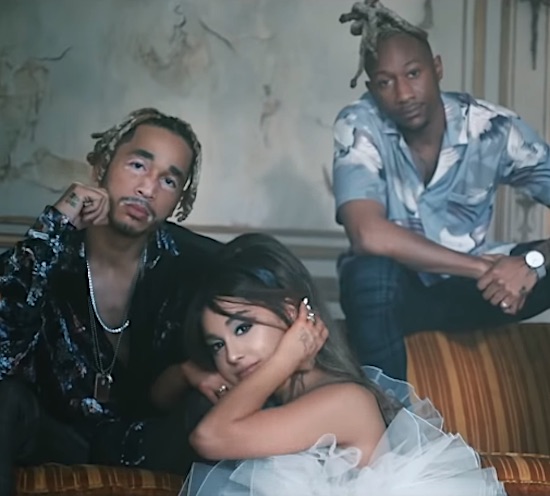 Another day, another sassy love song about an ex from Ariana Grande. However, this time the “thank u, next” singer isn’t singing alone. She’s teamed up with songwriting duo turned rising stars Social House, who has previously worked with Ariana on her aforementioned single and “7 Rings.” The trio is now talking about a break up to make up situation in their collaboration “boyfriend.”

The track is a bouncy, mid-tempo, synth-heavy ballad about a toxic relationship where two people have decided that if they can’t have each other, no else can have them either. “You ain’t my boyfriend / And I ain’t your girlfriend / But you don’t want me to see nobody else / And I don’t want you to see nobody else,” Ariana casually sings on the chorus.

Along with the new track, the trio also dropped an entertaining music video. The clip finds Ariana and Social House member Michael "Mikey" Foster as exes who both attend a swanky house part. They're not together, but they each peep one another flirting with potential boos from across the room – and they ain’t having it. The two engage in fantasy sequences where each fights the new love interest. If you've ever wanted to peep Ariana's archery game, well this is the video for you. Foster's Social House bro Charles "Scootie" Anderson tries to reconcile the two exes but ends up only looking on in bewilderment as they carry on.

Listen to and watch Ariana and Social House in action right here. The single “boyfriend” will be featured on Social House’s upcoming debut EP Everything Changed… due August 9th.