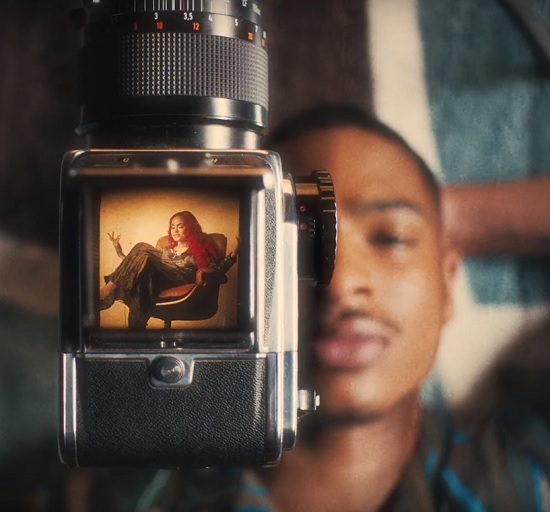 Arin Ray might be young to the music scene, but he's most definitely ready. After dropping his debut album Platinum Fire last year, the Cincinnati native was met with praise for his approach to R&B. It seems the 23-year-old upstart isn't going to let any grass grow under his feet, as he's already hard at work on a new project — and it's already bearing fruit in the form of his new Kehlani-featuring single and video "Change."

"Change" is hip-hop-tinged R&B at its finest. On the track, Kehlani and Arin play star-crossed lovers who can't seem to stop repeating the break-up-to-make-up cycle. Helping them express their feelings are familiar musical moments of yesteryear — like the familiar sampled drum loop of A Tribe Called Quest's "Bonita Applebum" and an interpolated melody from 112's "Only You" — that only enhance the guitar and synths that create the song's foundation. Arin and Kehlani, meanwhile, sound like convincing lovers as they air out their frustrations and misgivings. That vibe and chemistry is carried over to the video, where the two get up close and personal as they sell their tumultuous romance to the camera on the visual's many '90s-style sets (including a very cool shot that captures Kehlani in a camera's viewfinder in the foreground and Arin laying back on a rug in the background).

The singer is being very tight-lipped about his upcoming project. In fact, he didn't reveal a title or when we can expect his sophomore set when he recently spoke to Billboard. He did give us an idea of what he's got coming, though. "People really wanted R&B, that soul, that feeling again," he told the publication. "So that's what I tried to do. I tried to really be R&B with this project." We'll see what exactly that means whenever he's ready to drop it on us. Until then, check out Arin Ray and Kehlani in the video for "Change" below.


TAGS:  112, a tribe called quest, Arin Ray, Kehlani
Previous: Tuxedo Does It ‘The Tuxedo Way’ Next: Missy Elliott Reclaims Her Crown On ‘ICONOLOGY’ & Drops ‘Throw It Back’ Visual