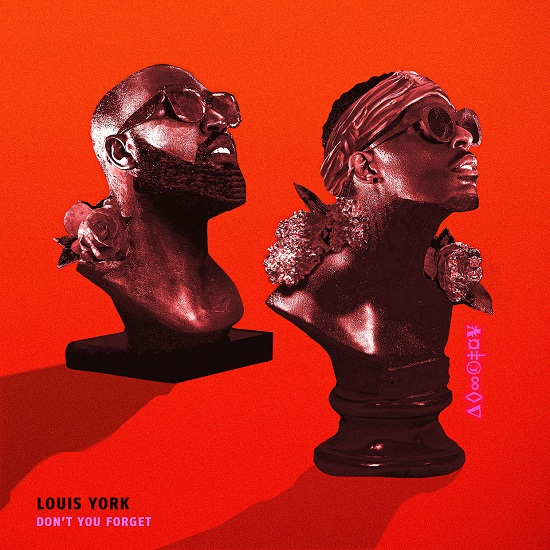 Having written and produced for an impressive roster of pop and R&B hitmakers, not to mention racking up multiple GRAMMY nominations in the process, Claude Kelly and Chuck Harmony have earned a solid reputation in the music industry. Even with their contributions to the charts, they still felt there was a void that needed to be filled. So the duo formed Louis York, created their own label (Weirdo Workshop), and began releasing their unique musical fusions in 2015. Four years and three EP's later, these talented gentlemen are finally ready to drop a proper LP on us. Titled American Griots, the project is slated for an October 18th release, but they recently leaked a new single called "Don't You Forget" to hold a spot on our playlists until the album premieres.

A groovy ode to love and happiness, the mid-tempo heartwarming ballad draws inspiration from late '70s/early '80s-era Earth, Wind & Fire. Harmony revealed that the duo used to call themselves "'The Two Man Earth Wind and Fire' or "The Black Hall and Oates'" back when they first started out; further explaining that the track "is an ode to those monikers...uplifting, catchy soul music..." Kelly co-signs the sentiment in a recent interview with Billboard, "We're hard-wired to write top hit records and with this (song) we wanted to get back to something that was celebratory and big and musically challenging. There's a big horn breakdown in there that Chuck did, like (Stevie Wonder's) Songs in the Key of Life -- when was the last time you heard that? That's my favorite part of the song."

We don't have a favorite part because we're loving the whole thing from start to finish. Preview "Don't You Forget" below and add it to your playlist while we wait for American Griots to drop. With the new album forthcoming and their continuing work with The Shindellas (also slated to drop an album soon), it seems like Weirdo Workshop is planning a takeover for 2020. In the meantime, Louis York plans to hit the road this fall, so visit their website and follow their Twitter and Instagram feeds for updates.