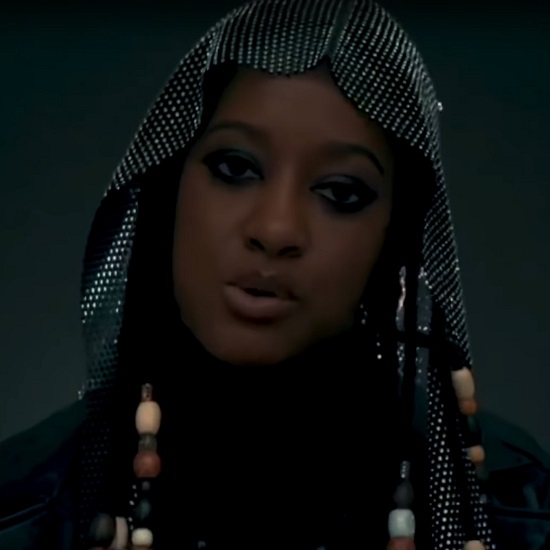 With her newly-released third album Eve, Rapsody has proven once again that she is leagues ahead of anyone in her lane. The North Carolina emcee wields a weaponized pen throughout a 16-track opus – equal parts black woman appreciation, black history lesson, beat-driven witticism and poetic swag. As she recently explained to NPR, "I had a concept: I want to make an album and name every song after a black woman, because I'm an extension of every black woman." A project of this magnitude warrants equally compelling visuals, and so far, the Queen of JamRoc has delivered two clips that fit the bill.

Premiering earlier this month, "Ibtihaj" (a track whose title pays homage to the history-making, Muslim-American Olympic fencer, Ibtihaj Muhammad) transported the Southern-bred rapper to the streets of Brooklyn. The song (which features guest vocals by D'Angelo) was actually developed over a sample of GZA's "Liquid Swords" (hence, the fencing correlation), so the location of the Jay Scorsese-directed clip holds extra significance as the Wu-Tang Clan member also delivers a guest verse on the track. Women in colorful hijabs provide a powerful visual, while NY queens Roxanne Shanté and Mary J. Blige make cameo appearances as Rapsody flexes her lyrical prowess while cruising around the city.

Album opener "Nina" called for a more somber tone and the artist steps behind the camera to co-direct (along with her Kids From Nowhere partner $wankShotit). Rapsody looks lovely in a white dress complemented by an ornate hairstyle. Through a muted lens, we watch her stroll along a beach and wander through a grassy field while haunting strains of Nina Simone's "Strange Fruit" waft in the background. Abstract imagery and archival footage are woven throughout the clip, an effective tactic that underscores the thought-provoking lyrics. She revealed the song's personal significance to NPR, saying, "Everything I do I try to put a purpose in it, because it's my responsibility as an artist. That song ['Strange Fruit'], and particularly Nina Simone, says a lot about who I am, why I make the music that I make and what I want my legacy to be."

Watch the official videos for "Ibtihaj" and "Nina," then do yourself a favor and purchase a copy of Eve today. Rapsody joins BIG K.R.I.T.'s From the South With Love Tour beginning October 4th. Visit her website to purchase tickets and follow her on Twitter and Instagram for updates.